The adverse effects of black carbon (BC) emissions from diverse sources are significant in human and economic terms. BC emissions are a public health problem, as they annually cause premature deaths on the order of millions worldwide. BC also has detrimental effects on food supplies, with crop production reduced by millions of tonnes per year. In addition, BC has significant climate change consequences, with a Global Warming Potential per tonne on the order of thousands of times greater than carbon dioxide’s over a 20-year period; in terms of total global warming impact, BC is second after carbon dioxide and thus greater than other greenhouse gases, including methane. Emissions mitigation technologies and government policies offer potential health, food and climate co-benefits. Within the transportation sector, there are many technologies and policies that can mitigate BC emissions; for example, inter-modal transfers of diesel particulate filter (DPF) technology from motor vehicles to maritime shipping offer a promising BC mitigation path. BC not only poses significant tangible technological issues; it also poses important political-economy conceptual issues with practical implications for industry and government policymaking. First, because of its short atmospheric lifetime average of about one week and concentrated localized depositions, BC poses “local-commons” and “regional-commons” problems as well as “global-commons” problems. Second, because of its localized and regionalized multiple negative externalities, BC challenges the economic efficiency rationale for one-policy-instrument-per-goal. The BC policy agenda thus extends over many levels of governance, and it entails a wide range of policy instruments. The multiplicity of policy instruments at multiple levels of governance are reflected in the assessment of existing policies and in the diversity of recommendations for further policymaking and research: (1) BC emission measurement deficiencies for motor vehicles and aviation need to be corrected, and a maritime shipping protocol in the International Maritime Organization should be finalized and adopted. (2) In addition to on-road motor vehicles, local BC emission reduction initiatives should be adopted, especially in large cities with seaports and airports. These programs should encompass all diesel engine sources of BC in maritime shipping and aviation port infrastructure areas, including off-road vehicles, loading/unloading equipment, and diesel locomotives. (3) Mitigating BC emissions should be an urgent objective in the International Civil Aviation Organization (ICAO) and International Maritime Organization (IMO). (4) Technology transfer issues, including transfers of diesel particulate filter technologies in motor vehicles and maritime shipping, should be included on the agenda of the Technology Mechanism of the UNFCCC. (5) All maritime shipping Emission Control Areas (ECAs) should include BC emission limits. (6) An Arctic Black Carbon Agreement in the form of a “carbon club” should be developed. (7) Annual COP meetings and other activities of the UNFCCC should expand recognition that BC mitigation can be included in countries’ Nationally Determined Contributions. (8) The prevailing climate change paradigm should be revised. 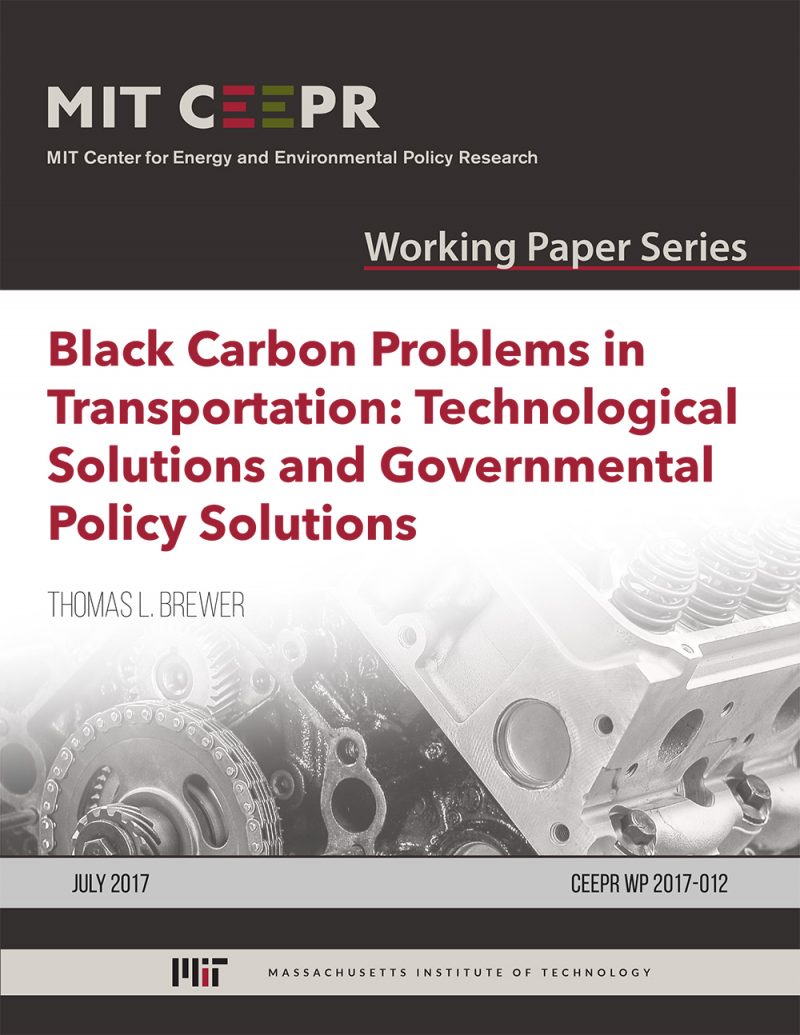