We consider the techno-economic feasibility of constructing a large-scale reverse osmosis desalination plant at the Diablo Canyon Nuclear Power Plant (DCNPP). This arrangement integrates the desalination plant with the nuclear power plant by sharing infrastructure and receiving feedwater and power from the nuclear power plant, forming a water-power coproduction system.

A key challenge for continued operation of DCNPP and for any desalination plant is compliance with California’s regulations protecting marine organisms from large intake structures. We show how a new brushed-screen intake structure, serving both the nuclear power plant and the desalination plant, achieves compliance. Our understanding is that there are no other technical obstacles to DCNPP’s license extension. The cost of the new intake is reflected in the cost of power. In our design, warm condenser water from the nuclear power plant flows into the desalination plant, which consists of a pretreatment system similar to that of the existing small-scale desalination plant at Diablo Canyon, followed by a partial two-pass reverse osmosis system and remineralization. Depending on the scale of the plant, either the discharged brine from the desalination system may be commingled and diluted with the excess cooling water, using the existing plant outfall, or a new advanced high-energy diffuser system may be required.

The focus of our analysis is a hypothetical plant of the same size as the existing plant in Carlsbad, CA, but we also include additional analyses of significantly larger plants. When we consider the cost of desalinated water from this arrangement, compared to other desalination plants in California, we find that there are significant economic advantages for a DCNPP-desalination coproduction plant. At smaller scales, savings result primarily from reduced power costs and the sharing of the new intake and existing outfall structures. At larger plant capacities, there is potential for additional cost savings from economies of scale. However, at larger capacities, other challenges arise, including increased infrastructure needs, especially around the plant outfall, as well as practical challenges in siting and building a very large plant on the DCNPP premises. 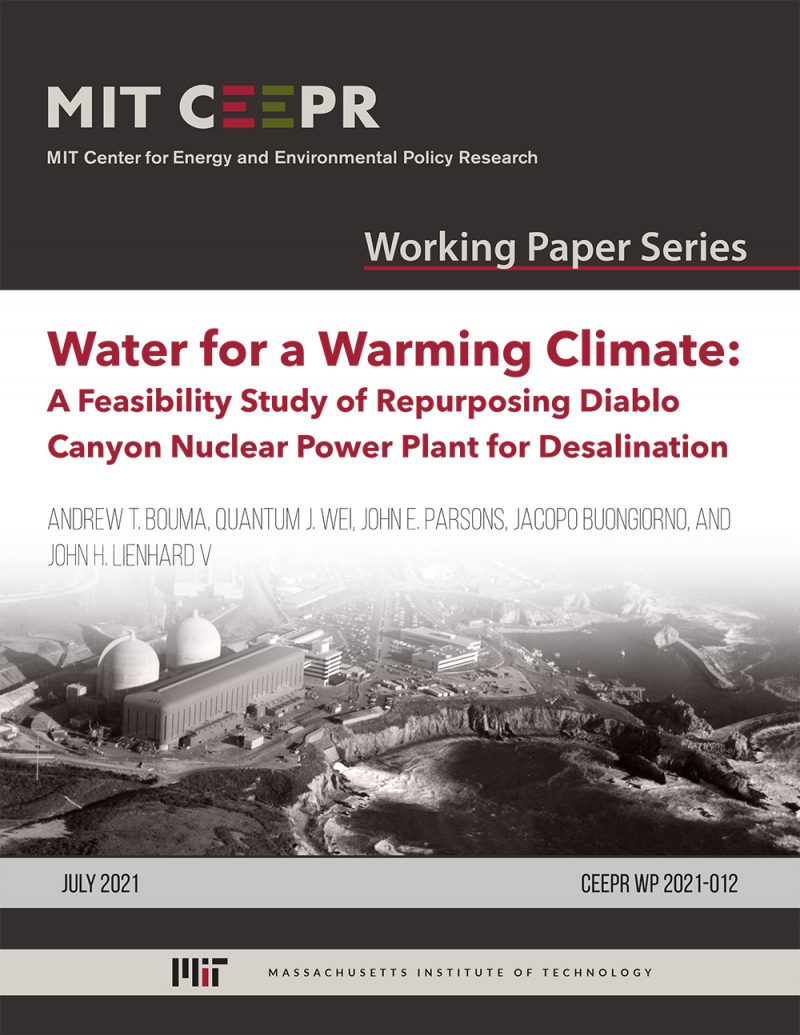