Climate policy poses a dilemma for environmental economists. The economic argument for stringent GHG abatement is far from clear. There is disagreement among both climate scientists and economists over the likelihood of alternative climate outcomes, over the nature and extent of the uncertainty over those outcomes, and over the framework that should be used to evaluate potential benefits from GHG abatement, including key policy parameters. I argue that the case for stringent abatement – if it can be made at all – cannot be based on the kinds of modeling exercises that have permeated the literature, but instead must be based on the
possibility of a catastrophic outcome. I discuss how an analysis that incorporates such an outcome might be conducted. 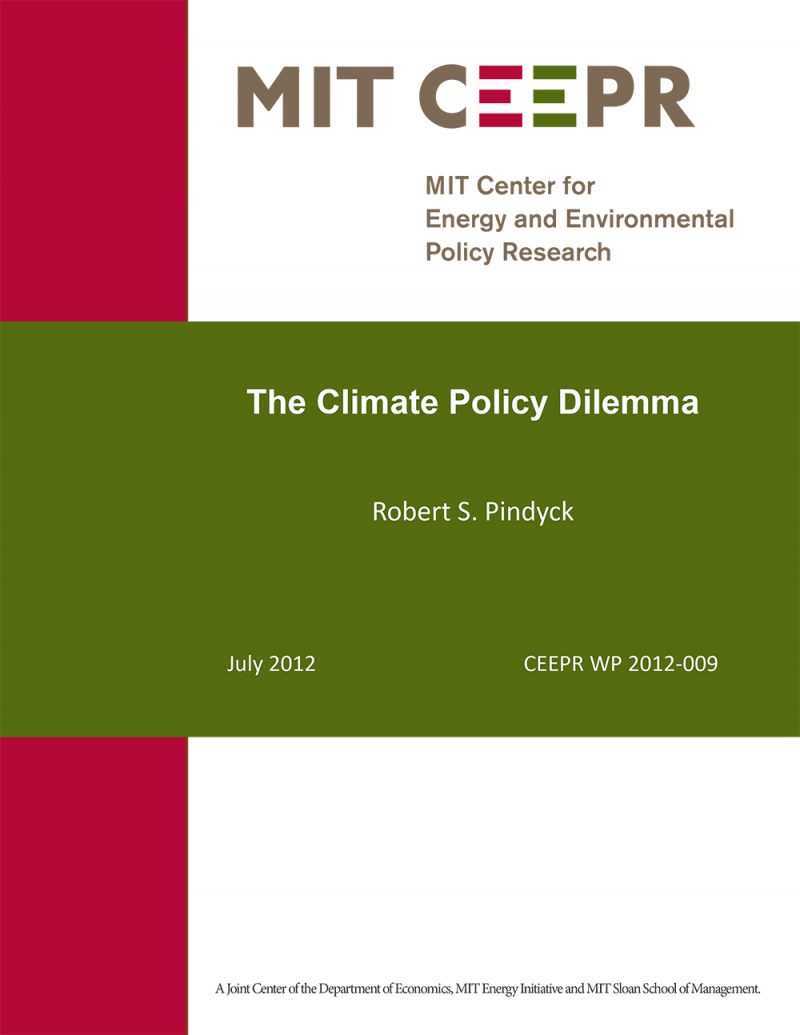