State Ownership and Technology Adoption: The Case of Electric Utilities and Renewable Energy

Technological change in industries that are characterized by large technical systems often occurs incrementally along given technological trajectories. Given pressing issues such as climate change, much research has studied how to induce and accelerate socio-technical transitions in such sectors, for instance the transition to renewables in electricity. The adoption of new technologies by players such as incumbent electric utilities is a key step in the transition, but not a given. Particularly, little is known on how the ownership structure of utilities affects technology adoption. Following liberalization, the electricity industry in many countries is now characterized by a co-existence of state-owned and private utilities. Economic ownership literature has studied pros and cons of these options in terms of productivity and market power, amongst other factors, but the role of ownership on the adoption of low-carbon technologies remains elusive. To fill this gap, here we bring together innovation literature and economic ownership literature to derive hypotheses how owner-ship could affect renewable energy adoption by utilities, including through drivers like incentives to innovate, the exploitation of state ownership to advance climate policy, the role of general climate policy stringency, and the impact of incomplete contracting. Taking incumbent utilities in the European Union (EU) during 2005–2016 as a case, we test the hypotheses using regression analyses and qualitative case studies. Results suggest that in the EU, state-owned utilities have a higher tendency to invest in renewables, though state ownership does not exert its influence in a vacuum: It interacts with the existence of pro-adoption policies and state enforcement capabilities. Based on our findings, we discuss the larger implications for the role of state-owned enterprises in directed technological change in the energy sector and beyond. 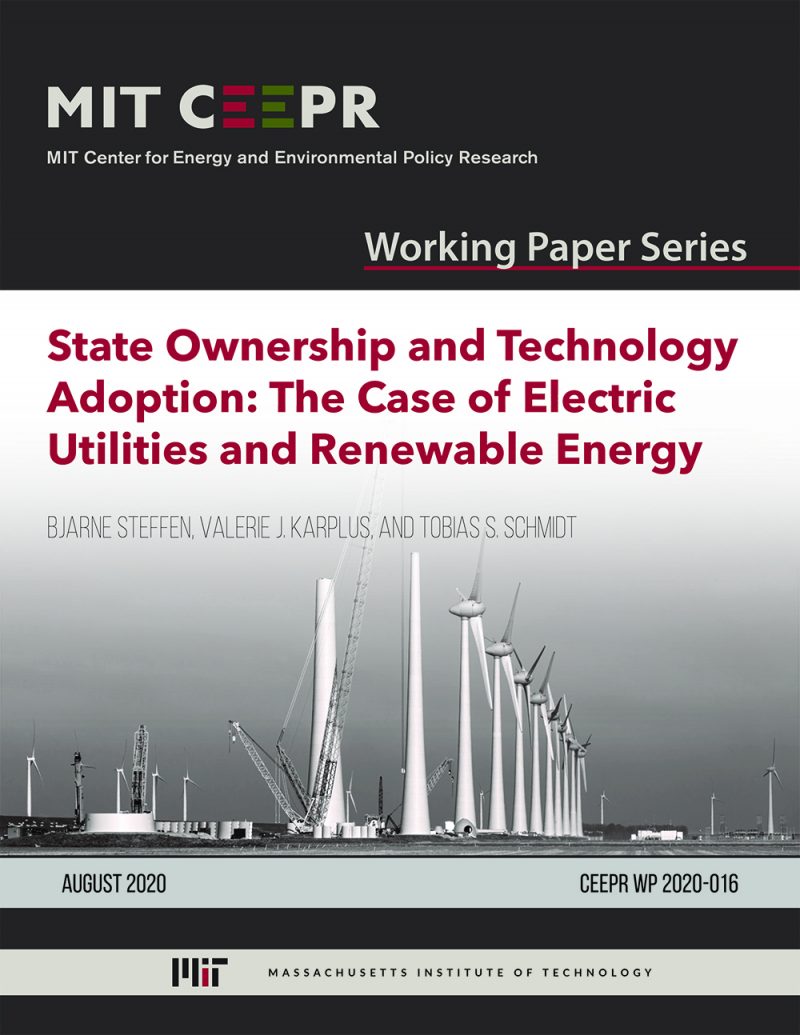