Local and Seasonal Effects in the U.S. of Global Climate Change

Though the facts of global climate change are beyond doubt, there has been relatively limited information about its local consequences. Global climate models and their derivatives have provided often differing and unspecific indications. This paper demonstrates an effective approach for the determination of local and seasonal effects of global climate change using data for the United States. Examples are given for specific weather station sites and for sites across the U.S. in five longitudinal strips divided into four latitudinal strips. Mean temperature and precipitation data are subjected to thirty year moving averaging and linear time trend lines are estimated, for which, in almost all instances, the estimated coefficients are highly significant.

While in some locations there have been significant weather effects of climate changes, in other locations the effects have been small and may even be perverse. Linear extrapolation into the future of the results for individual sites seems reliable, based on past experience.

Local weather patterns and local topographies modify the local effects of global climate change. An immediate implication of the results reported here is that there are significant local differences in the type and degree of adaptation to global climate change that should be considered. 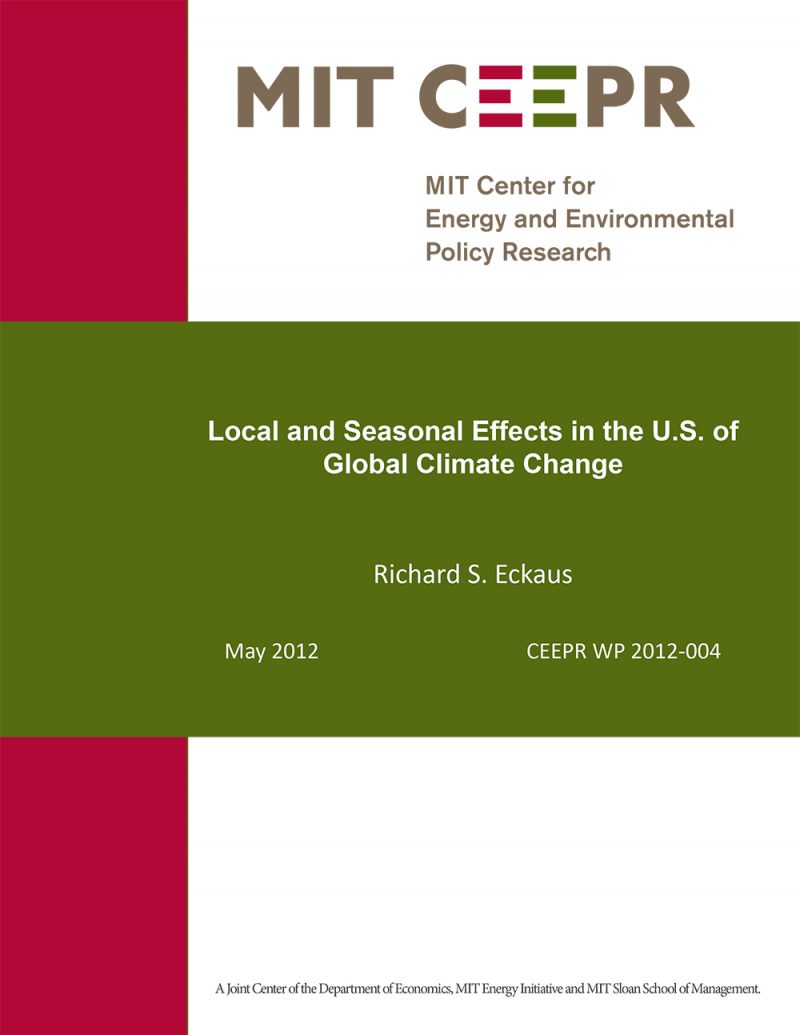