Lessons Learned from Three Decades of Experience with Cap-and-Trade

Thirty years ago, the notion of a government allocating tradable rights to emit pollution was controversial. Many environmental advocates felt this approach inappropriately legitimized environmental degradation, while others doubted its workability. At that time, virtually all pollution regulations took a more prescriptive, “command-and-control” approach, either specifying the type of pollution-control equipment to be installed or by setting uniform limits on emission levels or rates.

Today, it is broadly acknowledged that because emission reduction costs often vary greatly, aggregate abatement costs under command-and-control approaches can be much higher than they need to be. Instead, by establishing a price on emissions, either directly through taxes or indirectly through a market for tradable emissions rights (called permits or allowances) established under a cap-and-trade policy, market-based approaches tend to equate marginal abatement costs rather than emissions levels or rates across sources, and thereby can—in principle—achieve pollution-control targets at minimum cost.

Most early experience with market-based environmental policies was in the United States, starting with the Federal government’s attention to localized air pollution, and subsequently transboundary acid rain. More recently, with increased attention to the threat of global climate change, the locus of policy action using this approach has shifted from national to sub-national policies in the United States, and for national policies from this country to others.

We examine the design and performance of seven of the most prominent emissions trading systems that have been implemented over the past 30 years—systems that are particularly important environmentally and/or economically and the performance of which has been documented. We ask what lessons this experience offers for future applications. We focus on systems that involve trading emissions rights and exclude emission-reduction-credit (offset) systems, which offer credits for emissions reductions from some baseline. It is worth noting, however, that systems of the latter kind have been used in many countries, as well as internationally in the form of the Clean Development Mechanism under the Kyoto Protocol. 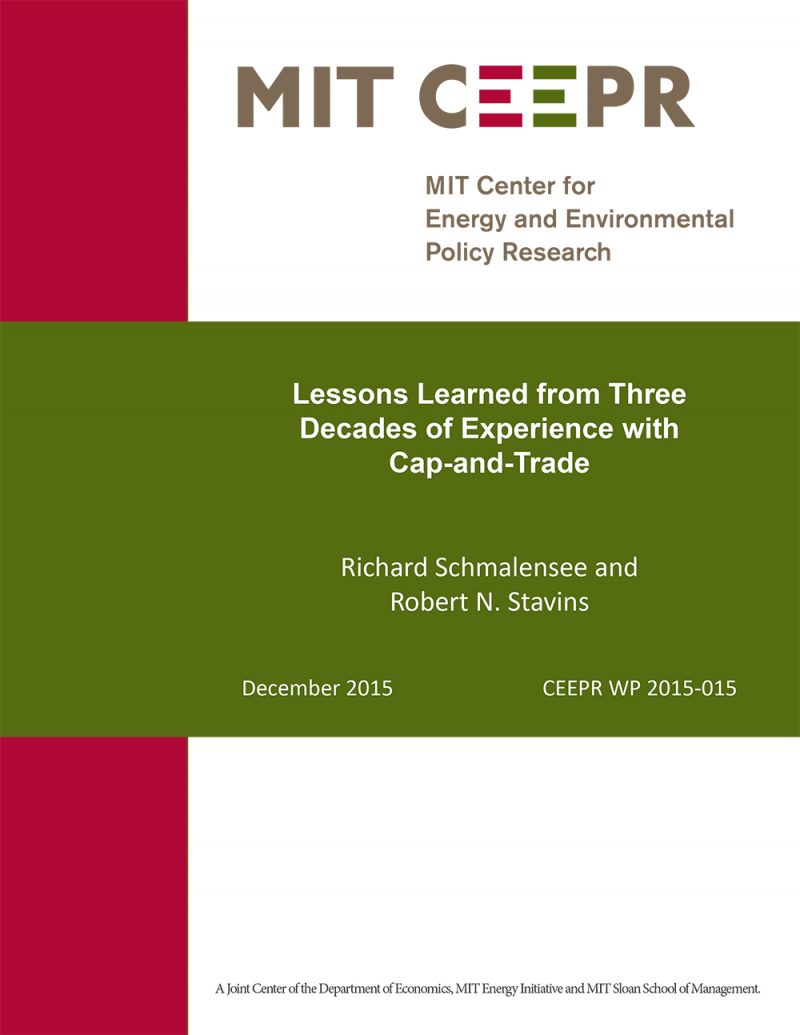