We examine the pass-through of wholesale prices to retail prices in the market for E85, which contains 51%–83% ethanol, and in the much larger market for E10 (regular unleaded gasoline), which contains 10% ethanol. We use a panel data set consisting of monthly observations from 2007-March 2015 on wholesale and retail prices for 274 Minnesota gas stations that sell both E10 and E85. The E10 market is dense and highly competitive, and we estimate a cumulative pass-through coefficient for E10 of 1.00 after one month. In contrast, the E85 market is sparse, and although the pass-through rate increased over time, we estimate it to be only 0.53 statewide from January 2012 to March 2015. Pass-through is higher at stations with more local E85 competitors. In the Twin Cities, which has a high density of E85 stations, pass-through is nearly complete, but outside the Twin Cities slightly less than half the wholesale discount of E85, relative to E10, is passed on to the consumer. Statewide, of the RIN subsidy to E85 under the Renewable Fuel Standard that is present in the wholesale price paid by the retailer, roughly half is passed on to the consumer and half is retained at the station level. 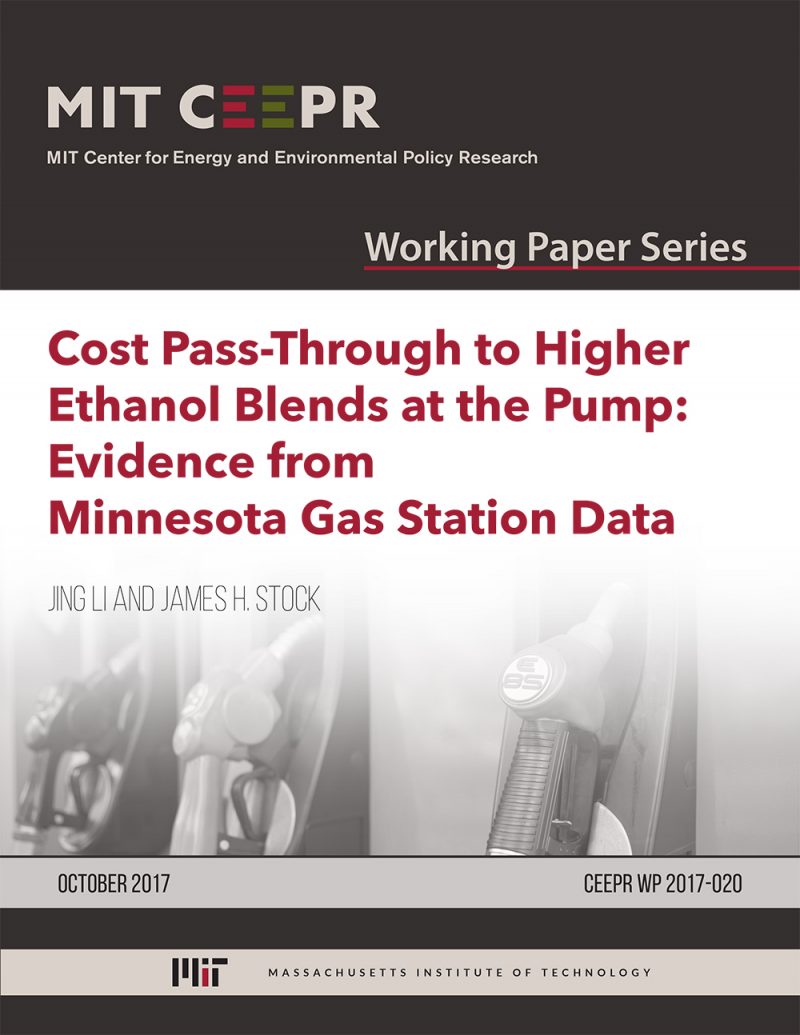