The UK was widely seen as one of the world’s leaders on electricity deregulation in the early 1990s. Though the model of liberalisation went through significant changes, many international observers were surprised when in 2010 the new UK government embarked on a fundamental reform to the architecture of UK electricity regulation. To many, it seemed like abandoning the principles of market competition that had been seen as defining the UK approach.

The Electricity Market Reform (EMR) legislation did indeed represent a radical change. Prompted by underlying concerns about a lack of investment that threatened to undermine both security and decarbonisation goals, and politically galvanised also by rising energy prices, it nevertheless proved highly controversial. The legislation took most of the 5-year Parliamentary term to complete, and the first auctions under the new system only took place in December 2014.

The UK’s original liberalisation of electricity was widely seen as a radical experiment, attracting worldwide interest. The UK’s EMR has, similarly, sparked widespread interest, with widely divergent views as to whether it represents a potential model which others could follow, or a warning of the perils of apparently returning to greater state involvement in electricity.

It is thus still relatively early days, but many lessons can already be drawn. This paper seeks to:

Finally, we reflect on the future challenges and prospects for evolution of the UK electricity market structure. 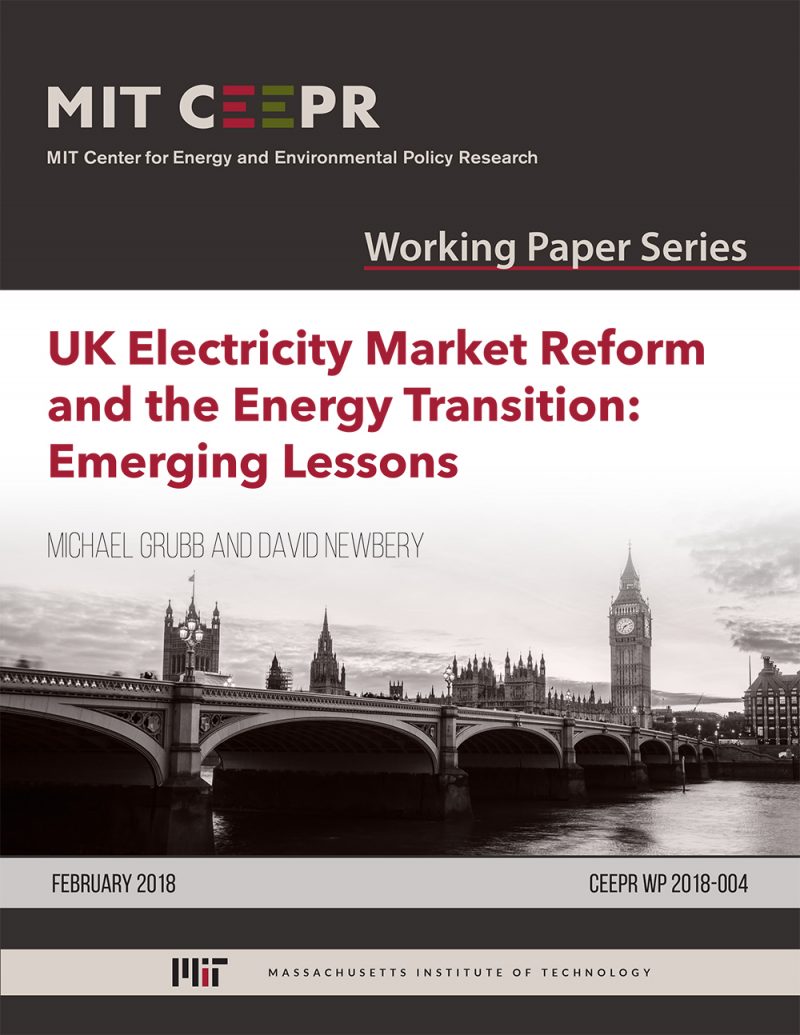