The Welfare Impact of Indirect Pigouvian Taxation: Evidence from Transportation

A basic tenet of economics posits that when consumers or firms don’t face the true social cost of their actions, market outcomes are inefficient. In the case of negative externalities, Pigouvian taxes are one way to correct this market failure, where the optimal tax leads agents to internalize the true cost of their actions. A practical complication, however, is that the level of externality nearly always varies across economic agents and directly taxing the externality may be infeasible. In such cases, policy often taxes a product correlated with the externality.

For example, instead of taxing vehicle emissions directly, policy makers may tax gasoline even though per-gallon emissions vary across vehicles. This paper estimates the implications of this approach within the personal transportation market. We have three general empirical results. First, we show that vehicle emissions are positively correlated with vehicle elasticities for miles traveled with respect to fuel prices (in absolute value)—i.e. dirtier vehicles respond more to fuel prices. This correlation substantially increases the optimal second-best uniform gasoline tax. Second, and perhaps more importantly, we show that a uniform tax performs very
poorly in eliminating deadweight loss associated with vehicle emissions; in many years in our sample over 75 percent of the deadweight loss remains under the optimal second-best gasoline tax. Substantial improvements to market efficiency require differentiating based on vehicle type, for example vintage. Finally, there is a more positive result: because of the positive correlation between emissions and elasticities, the health benefits from a given gasoline tax increase by roughly 90 percent, compared to what one would expect if emissions and elasticities were uncorrelated. 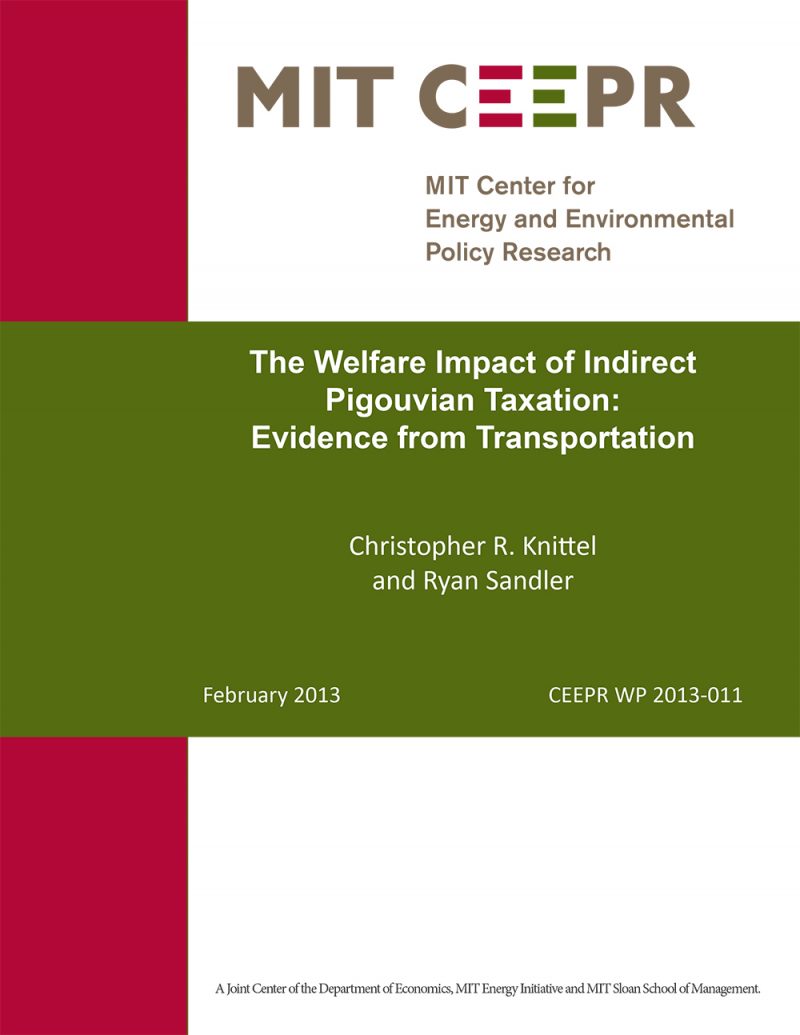