The Local Economic and Welfare Consequences of Hydraulic Fracturing

Exploiting geological variation within shale deposits and timing in the initiation of hydraulic fracturing, this paper finds that allowing fracing leads to sharp increases in oil and gas recovery and improvements in a wide set of economic indicators. At the same time, estimated willingness-to-pay (WTP) for the decrease in local amenities (e.g., crime and noise) is roughly equal to -$1000 to -$1,600 per household annually (-1.9% to -3.1% of mean household income). Overall, we estimate that WTP for allowing fracing equals about $1,300 to $1,900 per household annually (2.5% to 3.7%), although there is substantial heterogeneity across shale regions. 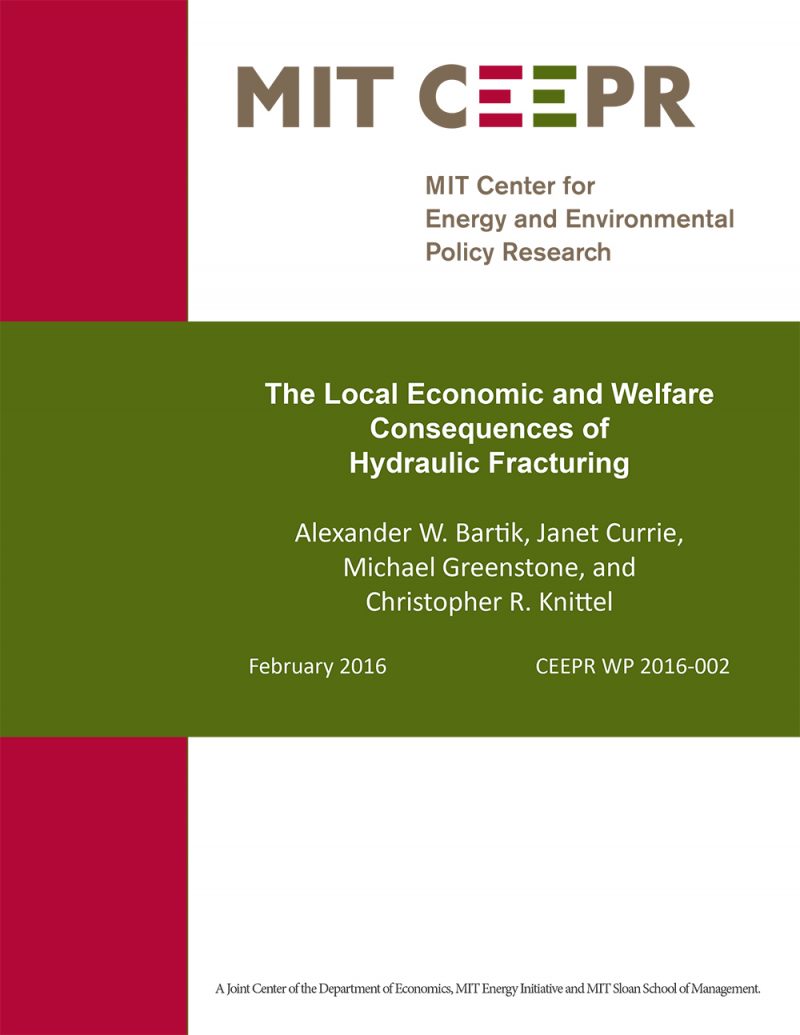