Public Attitudes on Energy and the Climate

Government actions to counteract climate change must take into account how Americans view the climate crisis and what they believe are appropriate policy responses. We explore public opinion on the climate issue at the national level, as well as within energy producing regions of the country that would be most impacted by policies aimed to reduce carbon emissions. We draw on surveys that examine the American public’s overall attitudes about climate change and also probe support for specific policy approaches, such as carbon taxes, regulations on emissions, renewable energy portfolio standards, and climate adjustment assistance. While a large majority of Americans believe climate change is happening, most view it as a distant problem for future generations. Our findings reveal that attitudes toward climate policies differ significantly by age, political party, and geographic region, as well as by policy specifics. 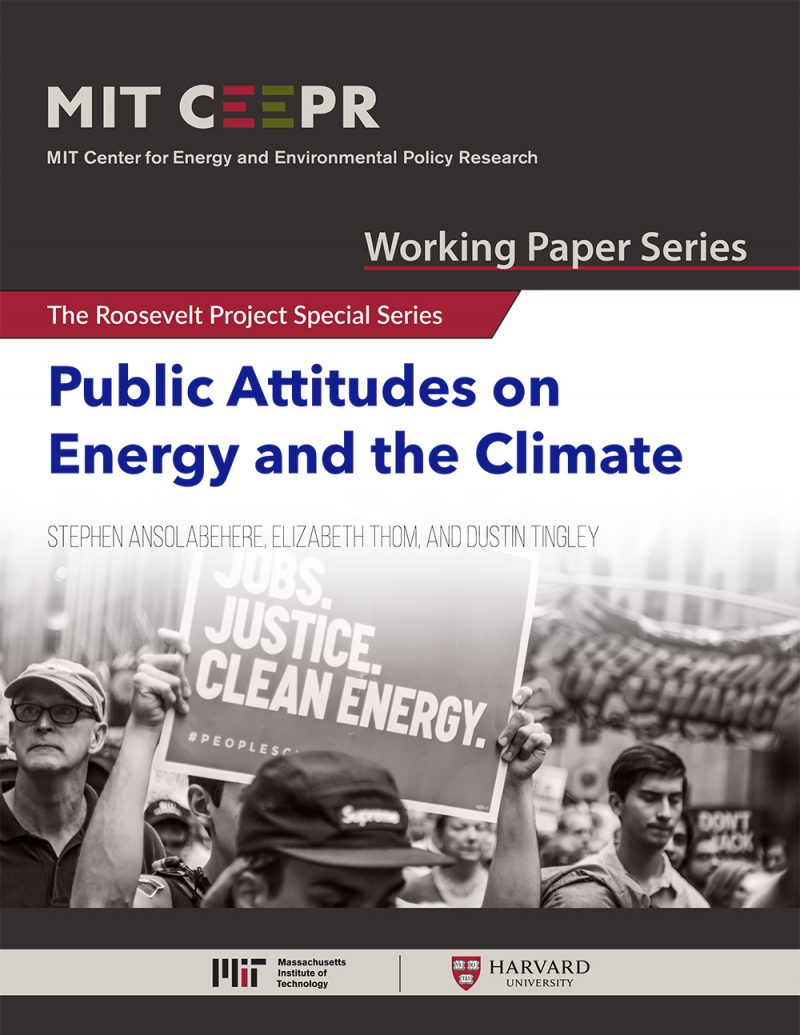