Ethanol made from corn comprises 10% of US gasoline, up from 3% in 2003. This dramatic increase was spurred by recent policy initiatives such as the Renewable Fuel Standard and state-level blend mandates, and supported by direct subsidies such as the Volumetric Ethanol Excise Tax Credit. Some proponents of ethanol have argued that ethanol production greatly lowers gasoline prices, with one industry group claiming it reduced gasoline prices by 89 cents in 2010 and $1.09 in 2011. The estimates have been cited in numerous speeches by Secretary of Agriculture Thomas Vilsack. These estimates are based on a series of papers by Xiaodong Du and Dermot Hayes. We show that these results are driven by implausible economic assumptions and spurious statistical correlations. To support this last point, we use the same statistical models and find that ethanol production “decreases” natural gas prices, but “increases” unemployment in both the US and Europe. We even show that ethanol production “increases” the ages of our children. 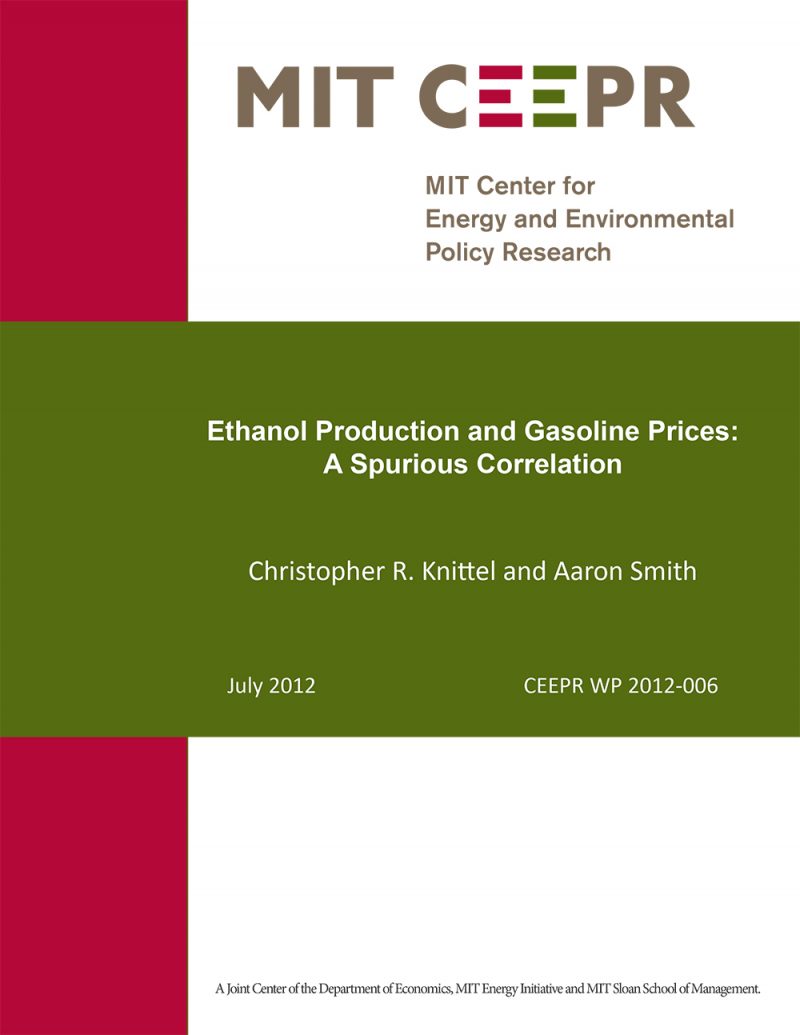