Energy trade has developed into one of the most contentious and divisive issues between Russia and EU in the post-Cold War era. It reflects a broader geoeconomic struggle in which economic means are used to advocate geopolitical goals. This Working Paper argues that the case of the South Stream Pipeline Project (SSPP)—a grand project abruptly cancelled by President Putin in December 2014—epitomizes these broader power politics involved in the energy relations between the two powers. In 2014 the Russian leadership advanced both traditional geopolitical and contemporary geoeconomic strategies, pursuing the former by conducting a military campaign in Crimea and Eastern Ukraine, and utilizing the latter by pushing the construction of South Stream in spite of the EU’s legal and political objections. The EU was able to harden its line on SSPP. The global energy context, including cheap coal prices, expansion of renewable energies, more liquefied natural gas and spot trading, cannot fully account for the assertiveness of the EU Commission and the allegiance of Member States in the SSPP case. The results of the process tracing conducted in this Working Paper confirm that in the case of the SSPP, Russian traditional geopolitics greatly hindered its geoeconomic power towards the EU. Furthermore, the Working Paper suggests that the strategic choices of geoeconomics vs. geopolitics may be more generally incompatible, even mutually exclusive. Russian geoeconomic activity has long been successful as a centrifugal, dividing power within the EU. The geopolitical campaign in Ukraine, in stark contrast, has been a centripetal force, causing increasing EU unity, eventually also seen in the SSPP case. It seems that claims of geoeconomics being a continuation of war by other means are potentially misleading. The means of geopolitical power projection and tools of geoeconomic power have notably different effects in the contemporary, interconnected world. 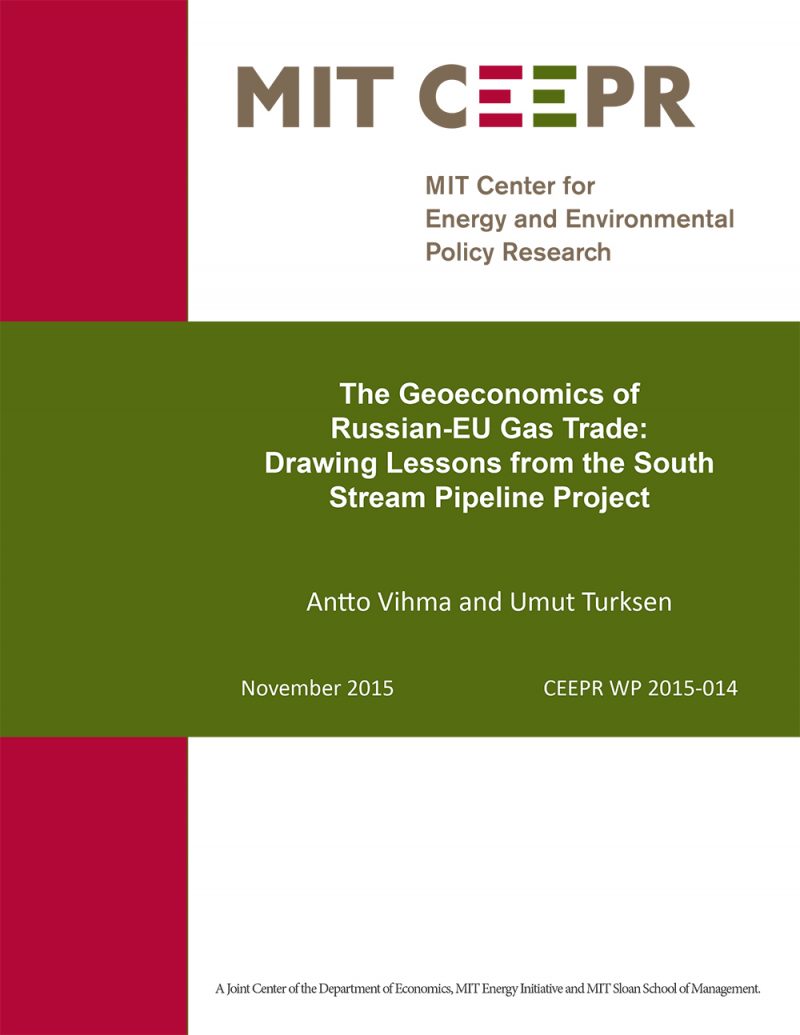