France, Germany, and Sweden link vehicle taxes to the carbon dioxide (CO2) emissions rates of passenger vehicles. Based on new vehicle registration data from 2005-2010, a vehicle’s tax is negatively correlated with its registrations. The effect is somewhat stronger in France than in Germany and Sweden. Taking advantage of the theoretical equivalence between an emissions rate standard and a CO2-based emissions rate tax, we estimate the effect on manufacturers’ profits of reducing emissions rates. For France, a decrease of 5 grams of CO2 per kilometer reduces profits by 24 euros per vehicle. We find considerable heterogeneity across manufactures and countries. 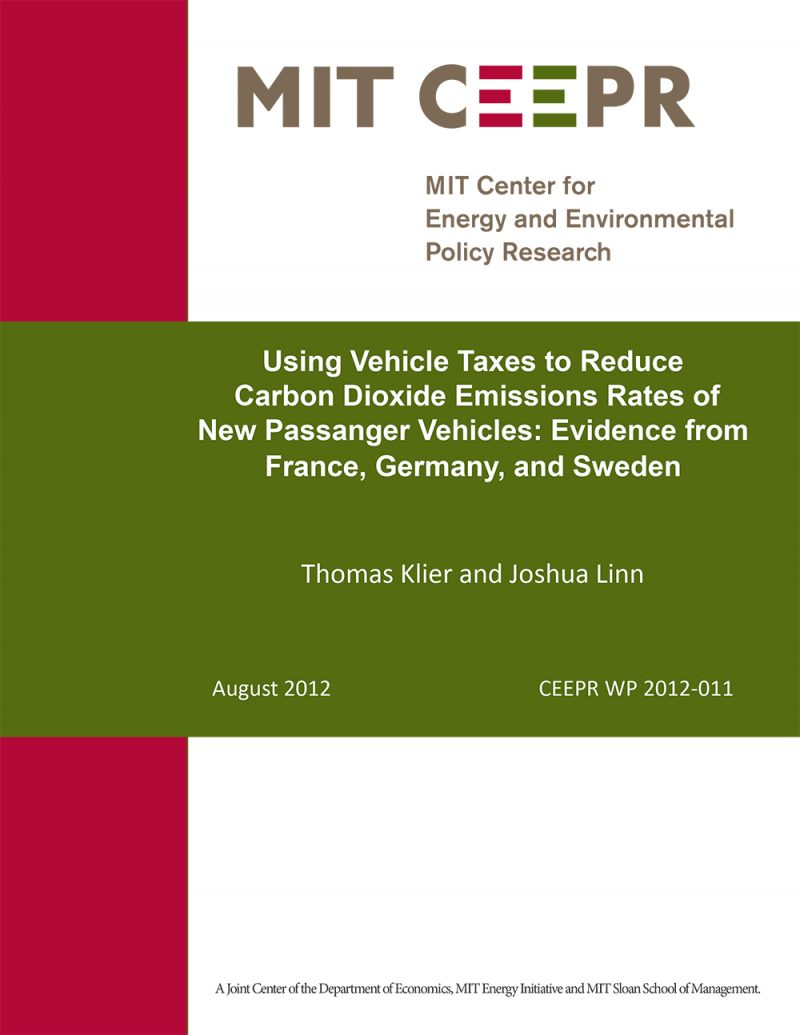