This paper evaluates the effect of fuel prices on new vehicle fuel economy in the eight largest European markets. The analysis spans the years 2002-2007 and uses detailed vehicle registration and specification data to control for policies, consumer preferences, and other potentially confounding factors. Fuel prices have a statistically significant effect on new vehicle fuel economy in Europe, but this estimated effect is much smaller than that for the United States. Within Europe, fuel economy responds more in the United Kingdom and France than in the other large markets. Overall, substantial changes in fuel prices would have relatively small effects on the average fuel economy of new vehicles sold in Europe. We find no evidence that diesel fuel prices have a large effect on the market share of diesel vehicles. 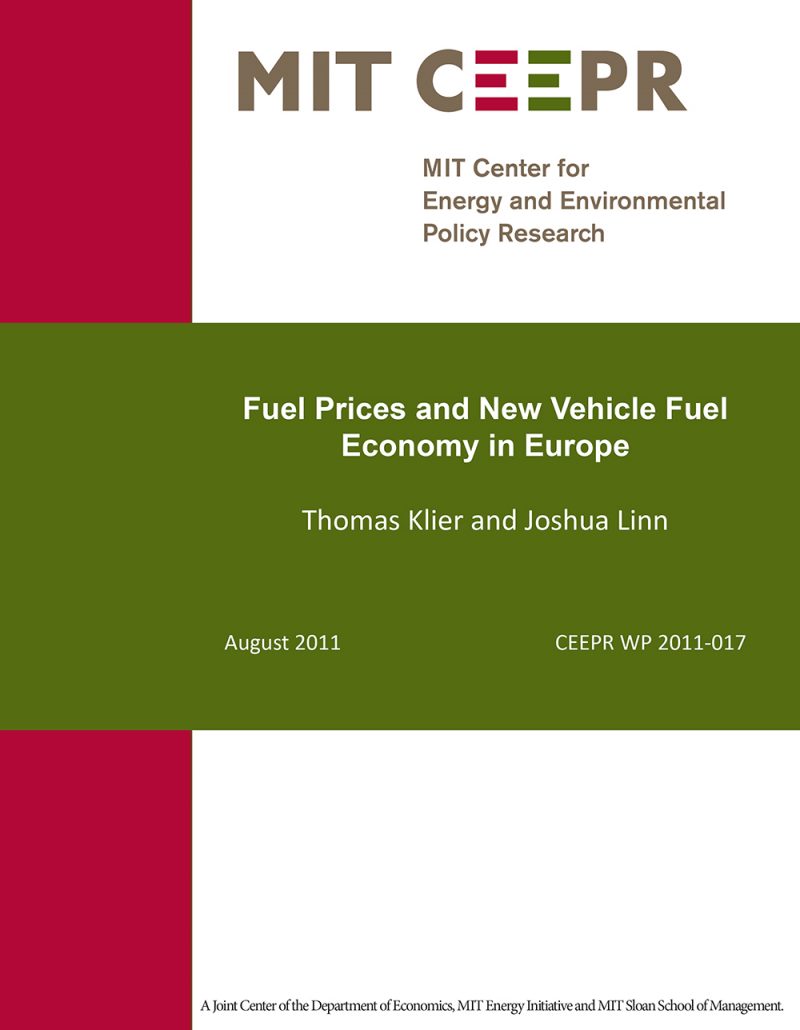