The Macroeconomic Effects of a Carbon Tax to Meet the U.S. Paris Agreement Target

We explore the quantitative impact of a carbon tax that reduces emissions by 35 percent—a target consistent with the Biden Administration’s new commitment under the Paris Agreement— on labor market and macroeconomic outcomes in a model with equilibrium unemployment and pollution externalities. In contrast to existing quantitative studies, our framework incorporates two key margins of adjustment to carbon taxation: firm entry and green technology adoption. Under a scheme where carbon-tax revenue is transferred lump-sum to households, we show that the tax bolsters labor income, consumption, output, and labor force participation, with marginal adverse unemployment effects. In addition, the carbon tax does not require short-term output or consumption costs as the economy adjusts to the higher carbon tax. Our findings highlight the importance of considering endogenous technology adoption in assessments of the aggregate effects of a carbon tax.

The potential adverse effects of taxing carbon emissions on firms, job creation, employment, and aggregate economic activity are a central theme in current discussions of environmental policy. This topic has taken on greater importance with the Biden Administration’s April 2021 Paris Agreement commitment to reduce greenhouse gas pollution by roughly 50% from 2005 levels by 2030 – an ambitious target. Given emission reductions between 2005 and today, a 35% reduction from current levels is needed to achieve the Biden Administration’s target.

We analyze the effects of a carbon tax in a general equilibrium framework with labor search frictions, an endogenous production structure, and pollution externalities.  We extend existing  analyses by introducing pollution externalities and a focus on how firms’ decisions over entry and technology adoption are influenced by the carbon tax. Our model incorporates two margins of adjustment that have been jointly absent in existing quantitative analyses of carbon taxes: (1) firm entry and (2) firms’ choices over (polluting vs. green) production technologies.

These margins are important for a comprehensive assessment of the aggregate impact of carbon taxation for at least two reasons. First, the regulatory costs associated with the environmental policy not only affect the labor and capital decisions of existing firms—an intensive margin of adjustment to a carbon tax—but also the incentive of potential firms to enter the market in the first place. In turn, firm entry and exit has direct implications for job creation and aggregate economic activity. Second, a carbon tax shapes firms’ relative costs of production and, in doing so, influences the relative merits of adopting green technologies – an extensive margin of adjustment to this tax.

Our model uses a carbon tax scheme designed to reduce long-run emissions by 35 percent and rebate carbon-tax revenue lump-sum to households. We find that this policy can generate mild, positive, long-run effects on consumption, output, employment, and labor force participation; negligible long-run adverse effects on unemployment; and a long-run increase in both the number and the share of firms that adopt green technologies. In our simulations, the 35% reduction is achieved in five years, making the Biden Administration’s 2030 target feasible. Moreover, the transition path to an economy with lower emissions need not entail short-term reductions in consumption, output, or labor force participation. Since some of the output increase is used for fixed costs of adopting green technologies, increases in consumption or output does not necessarily imply welfare increases.

The absence of significant adverse aggregate effects from a carbon tax are at odds with those documented in existing quantitative studies on the macroeconomic effects of carbon taxes in literature. Indeed, these studies, which abstract from firms’ ability to adopt different technologies in response to policy, find that for similar carbon tax-induced reductions in emissions, a carbon tax has non-trivial negative effects on labor, labor income, consumption, and output. Our analysis differs by stressing the role of firm entry and green technology adoption decisions in shaping the net positive effects of a carbon tax on aggregate outcomes and the limited adverse effects on unemployment. Specifically, firms’ ability to choose green production technologies leads to policy-induced endogenous changes in the economy’s technological (regular vs. green) composition of aggregate production—an effect that is absent in models that abstract from green technology adoption. This technological composition effect is the central mechanism behind the positive effects of a carbon tax on consumption and output.

In our model with endogenous technology adoption decisions, along with firm entry and exit, a carbon tax triggers endogenous changes in both the market structure and in the economy’s technological composition of production—that is, the prevalence of polluting versus green production technologies in the aggregate production process. These policy-induced endogenous changes improve the economy’s average firm productivity and cost profile and, in doing so, lead to improved labor market and macroeconomic outcomes. The heart of our model, and a key finding of our analysis, is that endogenous changes in the economy’s dirty-clean technological composition of production that arise as an indirect result of taxing emissions, can play a decisive role in shaping labor-market and macroeconomic outcomes in response to a carbon tax. These changes can potentially generate positive (albeit small) macroeconomic and welfare effects.

Finkelstein-Shapiro, A. and G. Metcalf (2022), “The Macroeconomic Effects of a Carbon Tax to Meet the U.S. Paris Agreement Target: The Role of Firm Creation and Technology Adoption,” MIT CEEPR Working Paper 2022-013, September 2022. 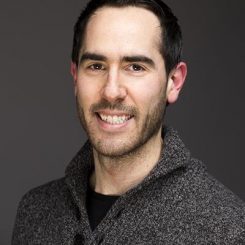 Alan Finkelstein-Shapiro is an Associate Professor of Economics at Tufts University and received his Ph.D. in Economics from the University of Maryland, College Park, in 2013. His research lies at the intersection of macroeconomics, labor economics, and international macroeconomics. His work focuses on the study of labor market dynamics, financial frictions, and business cycles in both developing and emerging economies and advanced economies; the importance of heterogeneity for the behavior of labor markets and short-run economic activity; the role of search frictions and firm dynamics in shaping macroeconomic performance; and the effectiveness of macro policies in mitigating the impact of adverse shocks to the economy. Prior to joining Tufts, he was an Assistant Professor of economics at Universidad de los Andes. 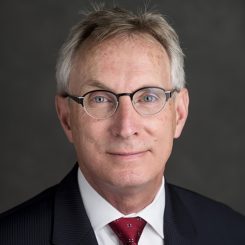 Gilbert E. Metcalf is a Visiting Professor at the Sloan School of Management and CEEPR at MIT. He is also the John DiBiaggio Professor of Citizenship and Public Service and a Professor of Economics at Tufts University. Metcalf’s primary research area is applied public finance with particular interests in taxation, energy, and environmental economics. His current research focuses on policy evaluation and design in the area of energy and climate change. During 2011 and 2012, he served as the Deputy Assistant Secretary for Environment and Energy at the U.S. Department of Treasury where he was the founding U.S. Board Member for the UN based Green Climate Fund. Metcalf received a B.A. in Mathematics from Amherst College, an M.S. in Agricultural and Resource Economics from the University of Massachusetts Amherst, and a Ph.D. in Economics from Harvard University.