Spatial and Temporal Variation in the Value of Solar Power across U.S. Electricity Markets

While the cost of solar photovoltaics (PV) has fallen rapidly over the past decade, the U.S. electric power system has simultaneously undergone rapid changes. The deployment of variable renewable energy (VRE) capacity at large scale has begun to push down wholesale electricity prices, decreasing the market revenues of new VRE generators. [2] At the same time, the adoption of emissions-control technologies at coal generators has reduced the marginal emissions rate of air pollutants—delivering a clear public health benefit, but decreasing the relative public health benefits of PV deployment. [3]

The energy value of PV—assessed at the level of hourly nodal day-ahead locational marginal electricity prices (LMPs)—is found to vary significantly with location, even within the territory of a given ISO. Particularly along the east coast, transmission congestion results in nodal “hotspots” where in some years the wholesale market revenue of a PV generator is up to twice that at the median node across the system as a whole. In general, LMPs are found to vary more widely than PV capacity factors, such that a PV generator is more likely to maximize its revenues by selecting a high-LMP location than a high-capacity-factor location.

The marginal public health benefits associated with SO2, NOx, and direct PM2.5 emissions reductions have declined over the observed time range, but are still substantial in 2017: in monetary terms, the 2017 health benefits of PV generation are equivalent to ~70% of energy revenues in MISO and NYISO and 100% in PJM. CO2 offsets have been relatively stable over this timespan, ranging from ~0.9 tons/kWac per year in NYISO and ISONE to ~1.3 tons/kWac per year in ERCOT and MISO.

Our results suggest that PV cost decline has outpaced value decline since 2010, such that in 2017 the market, health, and climate benefits of PV outweigh the cost of PV at the majority of the locations modeled. While the balance of PV’s benefits and costs will continue to evolve as PV penetration increases, the methods presented here can be used to provide continuously up-to-date estimates of the net benefits of PV and other distributed energy resources. 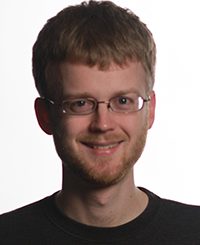 Patrick Brown is a postdoctoral researcher at the MIT Energy Initiative. His research focuses on quantifying the near-term competitiveness of photovoltaics, wind, and energy storage across the U.S. electricity system and on technical strategies for integrating high levels of renewable energy into electric power systems. He completed his PhD in physics at MIT, where his thesis research explored the use of colloidal nanocrystals as light-absorbing active materials in thin film solar cells. Brown was a co-author of the MIT Future of Solar Energy study and received a graduate certificate in science, technology, and policy for work on the implications of technological advancement in solar and wind technologies for international climate policy. 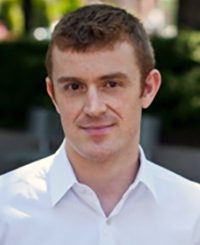 Francis O’Sullivan is senior vice president, strategy at Lincoln Clean Energy, a wholly-owned subsidiary of Orsted. In this role, Frank is responsible for long-term market analysis and modelling to support Orsted’s onshore investment program in wind, solar, and storage globally. Prior to joining Orsted, Frank was director of research and analysis for the MIT Energy Initiative, associate director of the MIT Center for Energy and Environmental Policy Research, and a senior lecturer at the MIT Sloan School of Management, where he was co-director of the MIT Electric Power System Center. Dr. O’Sullivan’s academic, public and private sector work has focused on energy markets analysis and design with a particular focus on the economic and technical issues associated with large-scale integration of intermittent renewables in marginal cost-based electricity markets.