Social Comparison and Energy Conservation in a Collective Action Context

Social comparison feedback, which informs people about their behavior relative to the typical behavior of others, has been established as a cost-effective tool to promote resource conservation (e.g. Allcott, 2011; Ferraro et al., 2011; Costa and Kahn, 2013; Allcott and Rogers, 2014). Our field experiment quantifies the effect of a social comparison feedback intervention on demand for indoor temperature in apartment buildings. Arguably, lowering indoor temperature during the heating season is associated with significant disutility, and the extent to which social comparison feedback can also incentivize behavior in a high-effort setting is an open question.

We design a simple letter informing treated subjects about how their average indoor temperature, measured over one month, compares to the corresponding average for “more than 200 comparable households” (i.e. the control group). The general layout of the letter closely follows Allcott and Rogers (2014), and includes a set of normative signals such as recommended temperature levels and smileys (injunctive norms, see Schultz et al., 2007). One implication of our design is that all the participants, including those performing better than the average, have a benchmark to improve.

Importantly, while all subjects in our field experiment are tenants and pay for their use of heating energy, a large majority rent their apartment in buildings that have no individual meters for heating energy use. For these tenants, building-level energy cost are shared across apartments in proportion to the volume of each property. It follows that the financial benefits of individual energy savings are only indirect, being conditioned on the behavior of other tenants in the same building. The implied collective action problem contrasts with previous studies in which energy savings imply either direct financial benefits (Allcott and Rogers, 2014) or no financial benefits at all (Myers and Souza, 2019).

In line with this, our intervention does not provide information on individual monetary savings, but rather considers the use of normative appeals referring to specific benefits of reduced energy demand (see Bicchieri and Dimant, 2019). These appeals are framed as a request for cooperation with the real estate agency to achieve corporate social responsibility objectives, financial savings for all the households in the building, or environmental benefits.

Our sample includes 45 apartment buildings, all located in a single Swiss canton and managed by a common real estate agency. All 855 apartments in these buildings are equipped with indoor temperature monitors — small devices without a display which record temperature every 15 minutes. 232 apartments in the control group did not receive any information over the observention period; while 623 households in the treatments were sent the information letters at the end of January 2019, referring to the average indoor temperatures measured in December 2018.

Based on difference-in-differences regressions on mean daily indoor temperature over the heating season (November 2018 – March 2019), we find that our intervention induces a -0.28°C (-0.54°F) reduction in average indoor temperature relative to control. This corresponds to a reduction of energy use by at least 2 percent (see Palmer et al., 2012),  which is not trivial given the relatively low cost of the informational intervention. Moreover, the estimated treatment effect is stable with time, and very similar for subjects with pre-treatment temperature below-average and above-average.

We conclude that tenants in our sample are willing to sacrifice part of their comfort to reduce energy use, and that the presence of indirect monetary incentives is sufficient for social comparison feedback interventions to induce energy conservation behavior.

Bicchieri, C. and E. Dimant (2019) “Nudging with care: The risks and benefits of socia linformation,” Public choice, (in press).

Palmer, J., N. Terry, and P. Pope (2012) “How much energy could be saved by making smallchanges to everyday household behaviours?” Report to the Department for Energy and Climate Change, London, UK. 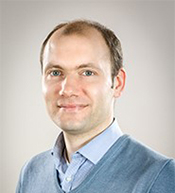 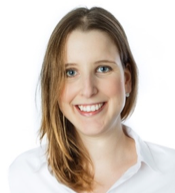 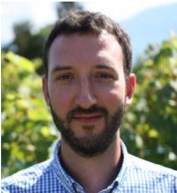 Bruno Lanz is a professor of applied economics at the University of Neuchatel, Switzerland, and a research affiliate with CEEPR and the Joint Program on the Science and Policy of Global Change at MIT. Bruno’s research combines tools from economic analysis and empirical methods to inform concrete problems of resource management. His recent publications focus on the costs/benefits of energy and climate policy, on the behavioral impact of carbon taxation, and on the capitalization of air quality in labor and property market outcomes in China.