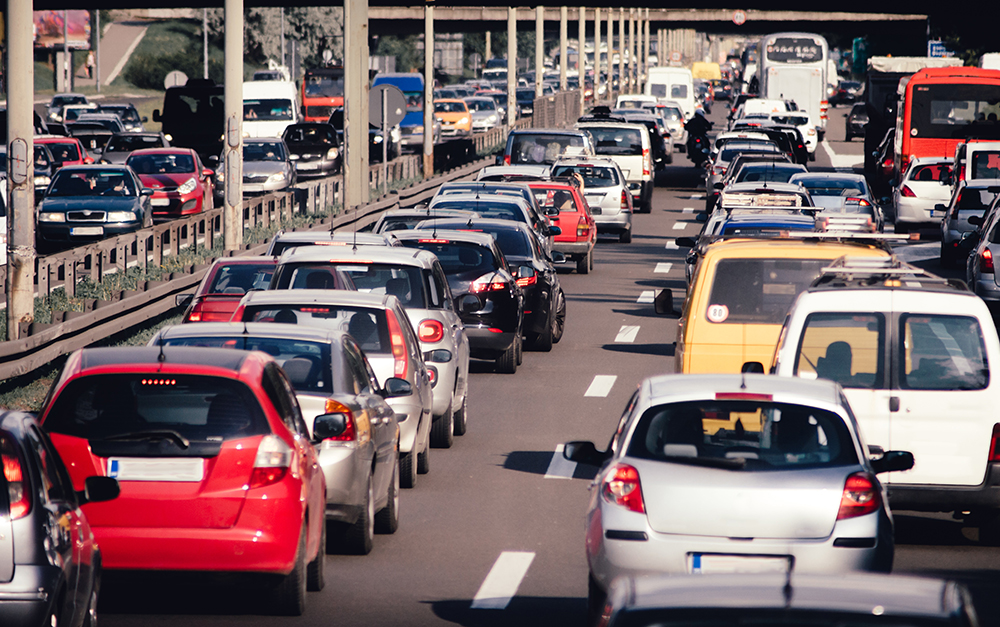 Scholars from USC and other leading universities conclude that rules on the books to increase fuel economy for passenger vehicles will do more good than harm, contradicting claims by the Trump administration as it seeks to roll back fuel economy standards.

In a research paper that scrutinizes the cost-benefit methods used by federal officials to justify rolling back the regulations, the researchers conclude the government analysis is flawed and that it departs from accepted protocols. They found the analysis overlooked 6 million used cars, wiping out benefits estimated at least $112 billion.

The research findings, which are reported in Science today and will be presented to automakers and policymakers at the Organization for Economic Cooperation and Development (OECD) in Paris this week, are significant because they reflect best practices identified by leading, independent economists and engineers. The findings are also consistent with previous assessments showing that benefits for fuel-efficient vehicles outweigh costs. And the benefits accrue as blue skies, better health and fewer greenhouse gases (GHGs) contributing to global warming.

Antonio Bento, a professor of public policy and economics at the USC Price School of Public Policy and director of the nascent USC Center for Sustainability Solutions, said the study represents a “rapid assessment policy response” to the controversial regulatory proposal, which is undergoing federal rulemaking.

The politics and economics behind miles per gallon

The Trump administration’s attempt to freeze fuel-economy standards for cars and light-duty trucks has sparked conflict with California and other states. Critics say the regulatory freeze is difficult to justify on economic, legal or environmental grounds.

But the new study goes a step further, suggesting the shortcomings in the government’s economic analysis are so egregious they seem like a deliberate attempt to manipulate statistics and mislead people.

Ironically, Bento occupies a special position in the controversy: He is the economist most often cited in the documents the EPA used to make its case for the regulatory relaxation. He is among a group of interdisciplinary scholars from leading universities who participated in the study, including experts from USC, Carnegie Mellon, Yale, the University of California and Massachusetts Institute of Technology, among others.

In 2007, Congress adopted laws to require corporate average fuel economy (CAFE) to increase to 35 mpg by 2020. The CAFE standards govern fuel economy across the U.S. fleet of passenger cars and light trucks. The U.S. EPA and the National Highway Traffic Safety Administration set fuel economy gains between 27 mpg and 55 mpg between 2012 and 2025. A midterm review conducted in 2016 affirmed the benefits exceeded the costs and the measures would be technologically feasible.

But this year under the Trump administration, the federal agencies reversed course, proposing rules to freeze CAFE standards at 2021 levels through 2025. Federal officials argue that forcing automakers to achieve an average of 54 mpg in seven years would lead to cars that are too expensive, thus forcing people to keep too many old vehicles that are less safe.

The federal government also seeks to revoke California’s long-standing authority to set its own, more stringent tailpipe standards and limit other states from following suit. Gov. Jerry Brown has vowed to fight the proposed rollback.

But the researchers were puzzled by the policy reversal, prompting them to conduct an independent assessment of the government’s economic analysis used to justify the change. The authors are among the world’s top experts in environmental economics and climate change, including the study of fuel economy standards.

Their study describes a pattern of selective fact-picking and distortion throughout the government’s analysis. It finds that the 2018 analysis contains adjustments to a prior review of 2016, but nonetheless it is “our conclusion that the 2018 [federal] analysis has fundamental flaws and inconsistencies and is at odds with basic economic theory and empirical studies … our summary judgment is that the changes in the 2018 NPRM [notice of proposed rulemaking] are on balance misleading.”

Specifically, the study cited two key changes in the 2018 document that deviate from standard cost-benefit protocols.

First, the scientists say the economic analysis mistakenly concludes that relaxation of the rule will shrink the vehicle fleet by 6 million cars by 2029, which greatly skews the bottom line. It also flies in the face of economic principles because, the economists argue, only more stringent standards — not fewer — would increase costs for cleaner, new vehicles, and as prices for new and used vehicles increase, fleet size would diminish — not the other way around. The revision “is simply inconsistent with basic economic theory,” the study finds.

By miscalculating the size of the auto fleet, the researchers say the report underestimates vehicle miles traveled, gasoline consumption, GHG emissions and traffic fatalities. A correct estimate of fatalities alone represents a $90.7 billion savings, which the federal proposal omits.

Second, the researchers applied the generally accepted global — rather than domestic — social cost of carbon as a criterion to value GHG emissions reductions. That change, plus the revision for the number of vehicles, closes 63 percent of the difference between negative costs and the break-even point for the CAFE standards — a positive net gain of at least $112 billion dollars, the study shows. Costs can also be reduced by technology innovation, including improvements to internal combustion engines, automotive materials and design and wider use of zero-emissions vehicles, the study finds.

Finally, the researchers describe how the government deviated from “preferred protocol” developed in another study that Bento published in the American Economic Review in 2009, and commonly used in cost-benefit analyses, including externalities such as energy security, air pollution, gasoline prices, GHG emissions and traffic congestion. Failing to account for those variables overestimates the cost of the regulation while underestimating benefits, the researchers found.

“It’s doubtful these miscalculations were inadvertent,” Bento said. “These are not mistakes, rather these are deliberate downsizing of benefits and inflating costs.”

The study represents an important precedent for the emerging USC Center for Sustainability Solutions, said Bento, who has a courtesy faculty appointment at the USC Dornsife College of Letters, Arts and Sciences.

“Rapid assessment exercises like this one, as well as direct dialogue with stakeholders, will become signature activities of our new USC Center for Sustainability Solutions,” Bento said. He added the study will help promote dialogue when he presents it to the OECD meeting this week.

Bento was joined on the study by Kenneth Gillingham of Yale University, Mark R. Jacobsen of UC San Diego, Christopher R. Knittel of the Massachusetts Institute of Technology, Benjamin Leard and Virginia McConnell of Resources for the Future, Joshua Linn of the University of Maryland, David Rapson of UC Davis, James M. Sallee of UC Berkeley, Arthur A. van Benthem of the University of Pennsylvania and Kate S. Whitefoot of Carnegie Mellon University. Bento, Gillingham, Jacobsen, Knittel, Sallee and Van Benthem are also affiliated with the National Bureau of Economic Research.

*This article originally appeared at https://news.usc.edu/152375/rules-to-boost-fuel-economy-for-passenger-vehicles-will-do-more-good-than-harm-new-study-shows/