This study examines these important but much less explored channels at the sector-level. We focus on the reform of electricity systems in developing countries (Wren-Lewis, 2015; Estache et al., 2009; Dal Bó, 2006; Bergara et al., 1998). Corruption can cripple economic development by inhibiting the performance of the electricity sector. It can also reduce labour productivity (Wren-Lewis, 2015; Dal Bó, 2006), increase the networks energy losses, and constrain the efforts to increase access to electricity services (Estache et al., 2009).

Electricity reforms and in particular introducing independent regulation and private sector participation were, together with unbundling of the vertically integrated functions of this industry, aimed to improve the efficiency of the sector (Joskow, 2006). However, the experiences of reforms around the world have shown the difficulty of creating an economically efficient electricity sector underpinned by genuine competitive markets that benefit consumers through reliable service, low tariffs, and choice of alternative sources (IEA, 2014).

Also in Sub-Saharan Africa the reform experience has lagged behind the anticipated outcomes and has led to extensive political backlash against reforms. Higher electricity prices have been an obvious source of political resistance in many countries, especially for groups that are accustomed to paying near nothing for electricity services (Victor, 2005). This resistance was further reinforced by the awareness that elections can be won or lost because of electricity prices (UNDP and World Bank, 2005).

Therefore, the appropriateness of the standard reform model for developing countries has been questioned as it often resulted in higher prices, loss of employment, unreliable services, and concentration of services to profitable areas since the private firms did not have incentives to extend the service to poor areas (Transnational Institute, 2002; Victor, 2005).

We examine whether the reforms in Sub-Saharan Africa have been successful. We estimate a set of econometric models of the performace of electricity reforms in terms of their effect on efficiency, welfare, and economic development in 47 countries in the region for the 2002-2013 period. The paper shows that corruption has an adverse and statistically significant effect on three performance indicators of electricity refrom – i.e. technical efficiency, access rates and economic performance. This finding adds to the large body of evidence that stress the detrimental impacts of corruption on electricity sector performance.

We find that creation of independent regulation and private sector participation, not only have the potential to enhance the utilities’ performance but have also wider economic benefits. Specifically, we find that independent regulation has the potential to increase social welfare directly and indirectly by reducing the association between corruption and electricity access rates. We also show that independent regulation is associated with improved technical efficiency, but not with increased economic performance. At the same time we find privatisation policies have no statistically significant direct effect on technical efficiency and access rates, but have a positive impact on countries’ economic performance.

Therefore, implementation of electricity reforms in developing countries can not only enhance the performance of the electricity sector, but they would also boost their economic performance, since improvements in technical efficiency can be translated into increased access rates and income growth.

Reinikka, R. and Svensson, J. (2005). Fighting corruption to improve schooling: Evidence from a newspaper campaign in Uganda, Journal of the European Economic Association 3(2/3), 259-267.

Victor, D.G. (2005). The effects of power sector reform on energy services for the poor, Department of Economic and Social Affairs, Division for Sustainable Development, The United Nations, New York.

Wren-Lewis, L. (2015). Do infrastructure reforms reduce the effect of corruption? Theory and evidence from Latin America and the Caribbean, Oxford University Press on behalf of the World Bank; https://openknowledge.worldbank.org/handle/10986/25845. 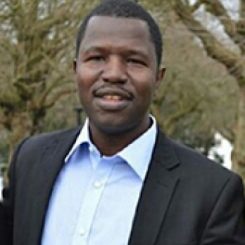 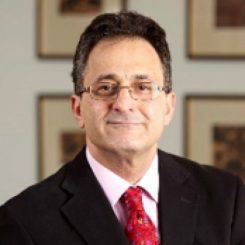 Tooraj Jamasb is a Professor of Energy Economics at Durham University Business School, UK and is a Co-Director of the Durham Energy Institute (DEI). His recent research is focused on electricity networks, regulation, electricity sector reform, and energy issues in developing countries. He is an external faculty researcher of the MIT Center for Energy and Environmental Policy research (CEEPR). 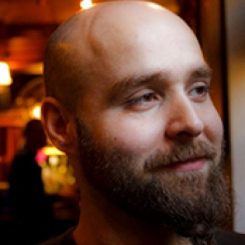