For several months, electricity prices in the European Union (EU) have been at sustained and unprecedentedly high levels. The current energy crisis is first and foremost a natural gas crisis. However, as reference day-ahead electricity markets reflect the system marginal (opportunity) cost of generation often set by gas-fired plants, electricity prices have also attained sustained high levels. Figure 1 shows daily average day-ahead electricity prices for 2021 and the start of 2022 for a selection of European countries. The price dynamics have not been homogeneous across countries, due to the diverse levels of gas dependency and cross-border interconnections.

This situation has caused national governments to introduce temporary measures aimed at limiting the increase in end user electricity bills. A number of governments argue that this situation calls for a wider reform of electricity markets in the EU — beyond the mere introduction of temporary measures. Their central message is that the price paid for electricity by consumers shall be linked to the average cost of generation, instead of being set by the marginal generation technology (often gas-fired plants) as it is today. It is, however, unclear how governments plan to reach this objective without overhauling the fundamentals of electricity market design and without affecting power system efficiency both in the short run and long run.

After a thorough review of what has been said and done, we identify two approaches that are currently being implemented or proposed and that relate to the objective of linking prices paid by consumers to the average cost of generation: taxing of (alleged) windfall profits (Spain, Romania, and Italy) and mandating auctions for bilateral contracts with insufficient demand-side pressure or regulated prices (France, Spain, Bulgaria, Portugal, and Italy). These two measures also go beyond the European Commission’s toolbox for actions and support that was published in October 2021 (European Commission, 2021). However, at the time of this writing, a web article issued on February 18 leaked a draft of an upcoming communication from the EC (Taylor, 2022). In it, two of the annexes develop guidelines on market interventions which, in our view, can be considered as at least remarkable (if not jaw-dropping) and certainly not much aligned with the measures promoted in the toolbox the EC published in October.

We criticize the implementation of windfall profit taxes and mandated auctions for bilateral contracts by discussing their static and dynamic implications. In the short run, these measures risk altering the efficient dispatch. More important than any static issue are the dynamic issues; they increase the regulatory risk and thus the required return on capital for investors, which is especially relevant as renewables are very capital intense. As such, they will make the EU energy transition slower and costlier. We also discuss two other potential measures that might be pursued, but which we do not consider as efficient approaches either: volume-restricted auctions for renewables and negotiated long-term contracts on behalf of consumers. The former conflicts with third party access rules and slows down the deployment of renewables, the latter will end up being a bad deal for consumers in the long run.

Finally, we develop policy and regulatory recommendations. We start by supporting the measures proposed by the European Commission in its toolbox: the introduction or extension of energy poverty measures, the reduction of taxes and levies in the bill, and the acceleration of the deployment of renewables. A silver lining in this energy crisis could be the permanent reduction of levies in the electricity bill to foster the electrification of transport and heating.

However, since the economic and socio-political situation is diverse across the EU, we explore alternatives for the Member States in which those measures are considered insufficient or even infeasible. In this context, and when considering the endemic lack of liquidity in electricity forward markets of contracts of sufficient length to adequately protect end users, we propose a regulatory-driven centralized auction in which a central entity buys lagged long-duration call options from generators on behalf of a subset of end users. By introducing such options, the risk of sustained high electricity prices is transferred from risk averse consumers (and indirectly the risk averse government) to less risk averse market parties (at least from unexpectedly high prices) which would create an additional incentive to invest in generation assets (e.g., renewables) and/or enter into long-term gas contracts.

We term this financial product “stability options”, an Asian option with monthly ﬁxings.[1] The goal of stability options is to fulfill the objective of hedging those tranches of end users from extreme and long-lasting price shocks (keeping the monthly bills within acceptable limits), while respecting the basic market competition rules, avoiding any distortion of the short-term market price signal, and more importantly, without hurting the regulatory credibility of the European internal market.

[1] An Asian option is a derivative with a payoff at maturity that depends on an average of the underlying on a set of predetermined monitoring dates. 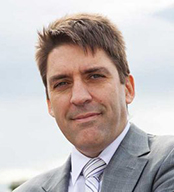 Carlos Batlle is a member of the MIT Energy Initiative since 2011, where he has been leading research projects and supervising PhD and master dissertations. He teaches the course entitled “Engineering, Economics and Regulation of the Electric Power Sector”. He is also part-time at the Florence School of Regulation (FSR) at the European University Institute (EUI) and Associate Professor at Comillas Pontifical University in Madrid, and member of the Advisory Academic Panel of Ofgem, the UK energy National Regulatory Authority. He has rendered consulting services for governments, international institutions, industrial associations, and utilities in over 30 countries. He has published over 40 papers in national and international journals and conference proceedings and authored 10 book chapters. 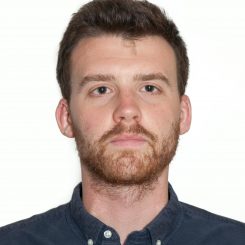 Tim Schittekatte is a Postdoctoral Associate at the MIT Energy Initiative (MITEI) where conducts research and teaches about power market design and regulation. Prior to joining MITEI, he was a research fellow at the Florence School of Regulation (FSR) at the European University Institute (EUI). Before, he was a visiting researcher at the Grid Integration Group of the Lawrence Berkeley National Lab and a junior economist at Microeconomix in Paris. He graduated as an engineer from Ghent University, Belgium and completed the EMIN program, an international master in economics. He holds a PhD in energy economics from University Paris-Sud XI. 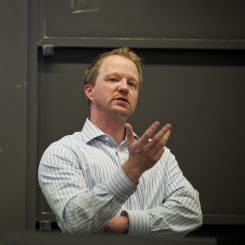