Joshua Hodge is Executive Director of the MIT Center for Energy and Environmental Policy Research (CEEPR), where he coordinates research activities and is responsible for the Center’s budget and manages Center staff. His areas of expertise include domestic and international climate and energy policy, with a focus on energy transition and renewable energy policies in the United States. Joshua’s recent work has included assisting rural electric cooperatives in the U.S. with decarbonization strategy. He is also a member of the MIT Net-Zero by 2026 Faculty Review Committee.

Prior to his appointment as Executive Director at CEEPR, Mr. Hodge served for three years as Deputy Executive Director at both CEEPR and the MIT Joint Program on the Science and Policy of Global Change. Before joining MIT, Joshua ran the Commodities Research and Forecasts business, Americas, at Thomson Reuters, where he managed the launch of the firm’s North American power and gas forecast modeling services. Previously, Mr. Hodge was Managing Director, North America, at Point Carbon where he was the firm’s first hire in the region and oversaw the launch of Point Carbon’s North American products. Joshua holds an MBA from the Darden Graduate School of Business at the University of Virginia.  Outside of CEEPR, Mr. Hodge has served as a Commissioner on the Commission for Energy Use and Climate Change of the City of Somerville (MA), assisted the Museum of Science, Boston with climate change programing and mentored students at the MIT Policy Hackathon. In his free time, Joshua enjoys sailing, skiing and coaching local youth soccer. 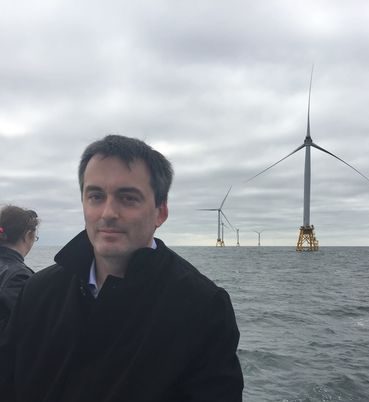 Two-Way Trade in Green Electrons: Deep Decarbonization of the Northeastern U.S. and the Role of Canadian Hydropower