Limits to Arbitrage in Electricity Markets: A case study of MISO 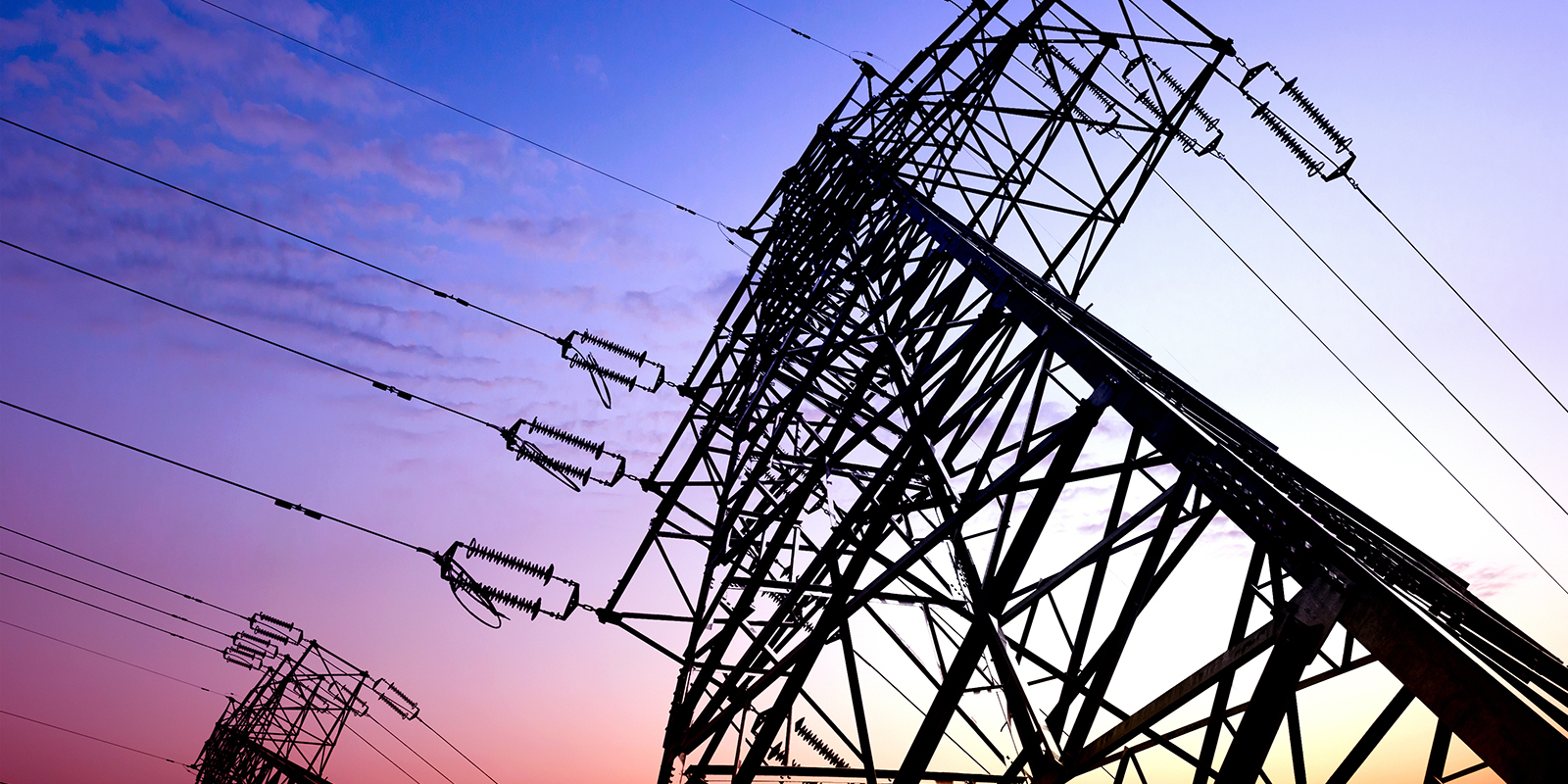 Though financial players in commodity markets are expected to improve market performance, manipulation scandals and higher prices attributed to their trading have made their role controversial and lead to proposals to restrict their activity. This paper studies the case of the Midwest electricity market, which allows the participation of purely financial firms like most North American deregulated markets.

Electricity generation is cheaper when it is planned, because supply needs to continuously meet a stochastic demand and adjusting production levels is costly. For this reason, most electricity markets are organized as sequential markets: There is first a forward market that schedules production a day in advance, and then a spot market to adjust unexpected shocks right before operation. The market is more efficient when the forward and spot prices are on average similar, sending accurate signals for generation planning. Nonetheless, a forward premium has been documented in several markets around the world, i.e. the forward price is on average larger than the spot.

Financial or virtual players have been introduced to arbitrage this forward premium. Firms buy or sell in the forward market, and then their transaction is reversed in the spot, i.e. buying 1MWh in the forward market requires to sell it in the spot. Saravia (2003) and Jha and Wolak (2013) have shown that after financial players were introduced in New York and California, respectively, the forward premium went down, as did production costs and emissions. By contrast, in the Midwest the forward price was consistently larger than the spot price in 2010, despite the presence of financial traders since the market opened in 2005. The first part of this paper investigates whether financial traders have an effect on the premium. Because a larger premium attracts more financial traders, this effect cannot be determined by just looking at the correlation between financial transactions and the premium. Instead, we use two variables that affected the volume of financial transactions, but are unlikely to be related to the premium, in order to isolate the effect. The first is a measure of perceived financial risk that increased during the financial crisis, and the second is a regulatory change that imposed large transaction costs on financial traders.

We find that financial traders seem to contribute to lower the forward premium, but the effect is not robust. A deeper exploration of virtual bidders’ behavior indicates that some players were not acting as expected. In spite of the forward premium, there were more virtual purchases than sales in the forward market. As these transactions entail buying at the forward price and selling at the spot, they bet on the wrong direction and we would expect them to yield negative profits. In fact, some traders consistently lost money over time without leaving the market. This can be observed in the figure below, which pictures the profits of the ten largest losers. 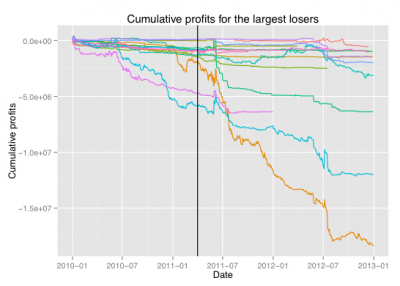 The surprising behavior of some traders can be rationalized once we consider the closely related market for financial transmission rights (FTRs), financial instruments that pay based on local price differences in the forward market. Prices differ across locations because limited transmission does not always allow to bring electricity to where it is demanded. FTRs allow firms to bet on local price differences, either to arbitrage or to hedge. Virtual demand bids can be used to increase the value of FTRs: By increasing demand at a given location, price will raise when there is not enough transmission capacity to bring enough energy to cover demand. The difference between local prices will increase, as will the FTR’s payoff, even after considering the losses from virtual purchases in the presence of a forward premium.

Consistently with this hypothesis, we find that virtual bids and FTRs are correlated. Moreover, evidence is consistent with market manipulation only during the period in which the regulator imposed high transaction costs on financial participants. These charges restricted competition between traders, making manipulation possible. Our findings point out to the importance of competition between financial traders, as opposed to restricting their participation, as a mean to avoid manipulation and increase market efficiency. 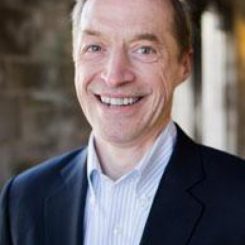 John R. Birge is the Jerry W. and Carol Lee Levin Distinguished Service Professor of Operations Management at the University of Chicago Booth School of Business. He studies mathematical modeling of systems under uncertainty, especially for maximizing operational and financial goals using the methodologies of stochastic programming and large-scale optimization.

Ali Hortaçsu is the Ralph and Mary Otis Isham Professor in Economics and the College at the University of Chicago. He is Editor of the  Journal of Political Economy. His research is on industrial organization; auctions; search and matching models; production and financial networks; applications in finance, energy markets and the internet. 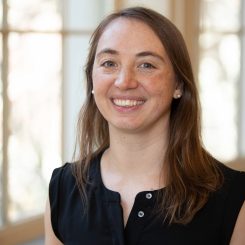 Ignacia Mercadal is an assistant professor in the Department of Economics at the University of Florida and an External Faculty Affiliate of MIT CEEPR. She works on topics in industrial organization and energy economics, with a focus on issues of competition and market design in electricity markets. Before joining UF, she was an assistant professor at Columbia University and a postdoctoral fellow at MIT. She received her Ph.D. in Economics from the University of Chicago. 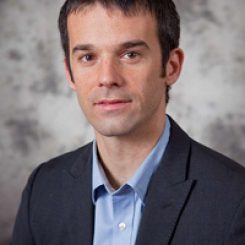 Michael Pavlin is an Assistant Professor in the Lazaridis School of Business and Economics at Wilfrid Laurier University. His research focuses on the use of optimization models in empirical studies of electricity markets and corporate financial decisions. He received his PhD in Operations Management and MSc in Computer Science from the University of Toronto.