How to fight global problems without hurting the local welfare? Economists are increasingly confronting this question: Whether it relates to financial sector regulation, virus outbreaks, labor market standards, or cross-border pollutants, policy makers are often left with only local tools for dealing with global spill-overs. Local policies are commonly opposed on the grounds that policies force businesses out to non-regulated regimes, thereby undermining their effectiveness. For example, what is the benefit of a stricter capital requirement on a bank if, after its cross-border relocation, the systemic risk remains the same?

Environmental regulation is a particularly prominent case. The U.S. Congress passed a resolution opposing a carbon tax on the basis that, among other things, it “will lead to more jobs and businesses moving overseas” (H. Con. Res. 119 , 2018). In the European Union, industries have argued that, in the absence of a global climate policy, strengthening the Emissions Trading Scheme would force businesses to leave “without any environmental need” (Fagan-Watson, B., 2015). In response to such concerns, policies routinely compromise on the externality price: Rebates of environmental taxes are used to subsidize energy-intensive industries, emissions trading regimes allow the use of cheaper offsets for selected firms or industries, and a threat of relocation is used as a reason to exclude entire sectors from regulations.

This research shows that such common policy responses to industry relocation are misguided if the policy maker is armed not only with the powers to set prices on carbon but can also allocate transfers, e.g., in the form of revenues from pollution auctions. For global problems, some firms can do more at home than others and are thus more valuable to keep: Transfers from scarce public funds should reach those firms first. But because firms’ available options are privately known, the policies must incentivize firms to self-select the desired action and location. This selection effect calls for higher externality prices, not lower.

We provide an illustrative quantification of the optimal carbon leakage policy for the key sectors in the EU emissions trading system (EU ETS) based on the firm-level data on relocation propensities from Martin et al (2014). The data allow us to draw representative relocation risk distributions for five sectors forming together 62% of the industry emissions covered by the trading program. With representative values for the social cost of carbon emissions and public funds, we quantify the optimal policies with results on carbon leakage, distortions in the emissions price, and the fraction of the sectoral cost that is optimally covered from public funds. The main theoretical results turn out to be also economically significant. The optimal local carbon prices are increased upwards by 17-29% compared to the benchmark without firm relocation.

The higher carbon prices also translate into larger cuts, even after the leakage of emissions (2-17% per sector) is taken into account: The threat of relocation, in itself, calls for 9.6 MtCO2 additional emission reductions (13% higher than in the benchmark, an amount roughly equal to total manufacturing emissions in Sweden), and the optimal global mechanism supplements this by reducing additional 1.2 MtCO2 abroad (2% compared to the benchmark). Finally, in this quantification, the outcome is more or less unaffected if we restrict attention to policies that set a uniform externality price for all sectors but keep the transfers differentiated.

H. Con. Res. 119 (2018). Expressing the sense of Congress that a carbon tax would be detrimental to the United States economy. 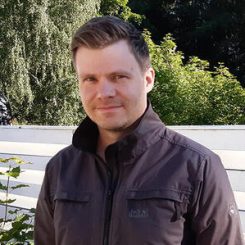 Lassi Ahlvik is an associate professor at the department of economics and management, University of Helsinki. Lassi’s affiliations include Helsinki Graduate School in Economics (GSE), and he was previously assistant professor at NHH Bergen. Lassi focuses on environmental economics in his research. 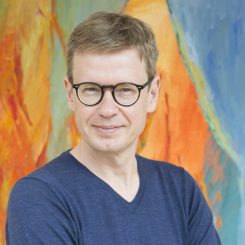 Matti Liski is a professor of economics at Aalto University School of Business where is currently the head of the department. His other affiliations include Helsinki GSE, University of Cambridge EPRG, CESifo Munich, MIT CEEPR, and Toulouse School of Economics. Matti focuses on applied microeconomics, both theoretical and empirical, with industrial organization, public policy, energy markets, and climate change.