In July 2021, three of Germany’s largest automakers, BMW, Daimler, and Volkswagen, settled with the European Commission (EC) to pay a total of 875 million euros for restricting competition on the effectiveness of emission cleaning systems in their diesel vehicles. This is the first instance of a cartel prohibition decision by the EC for cooperation in technical development.

The case centers around components of nitrogen oxide (NOx) cleaning technology called Selective Catalytic Reduction (SCR). The SCR system converts harmful NOx into harmless water and nitrogen by adding a Diesel Exhaust Fluid (DEF) to the exhaust. SCR requires a large quantity of DEF to neutralize NOx. The automakers admitted to agreeing upon DEF tank sizes and rates of DEF consumption, which made their vehicles less effective in removing NOx emissions.

We first ask why automakers might benefit from collusion over NOx cleaning technology in their diesel vehicles. We write a model with a regulator who enforces environmental and antitrust rules. The regulator faces an industry of multiple firms and is imperfectly informed about the firms’ technology, environmental compliance, and communication. Environmental compliance is costly for firms because the emission control system trades off with trunk space, which consumers value. Our model shows that collusion can help firms reduce their expected penalties for undercompliance with environmental regulation via three mechanisms. We suggest three mechanisms for how firms achieve a reduction in their expected penalties: (i) diffusing their responsibility and thus reducing the penalty in the event of being caught, (ii) reducing the probability that their competitors report them by giving competitors skin in the game, and (iii) reducing the probability that environmental undercompliance is detected.

We next combine our model with data on vehicle sales from the European automobile industry from 2007 to 2018 to quantify the impact of collusion on automakers’ profits, consumer surplus, and societal health damages. We find that collusion increased the automakers’ profits by between 0.68 and 2.83 billion euros and reduced their expected noncompliance penalties by at least 188 to 976 million euros. Buyers of the more polluting vehicles benefit from collusion because they have access to cheaper vehicles with trunks that are not reduced in size with large DEF tanks. The benefits of collusion to the automakers and diesel vehicle buyers come at the cost of health damages inflicted on everyone in society who breathed the additional air pollution. Our empirical estimates show the societal damages from air pollution outweigh the private benefits from this collusive arrangement. Our damage calculations are in line with those by the EC before leniency, settlement, and novelty discounts.

Our study of the diesel vehicle NOx-cleaning antitrust case has implications for U.S. policy. The EC ruled that the firms’ conduct violated European competition rules, specifically, Article 101(1)(b) of the Treaty on the Functioning of the European Union. Although antitrust laws differ in wording and scope in the U.S., discourse among lawmakers, regulators, and scholars is increasingly focused on whether antitrust concerns should be broadened beyond consumer welfare and pricing to include issues such as innovation, investment, and technical development. Alternatively, given our findings that collusion helps firms reduce their expected noncompliance penalties, environmental laws in the U.S. could be updated to include fines for group or joint behavior. 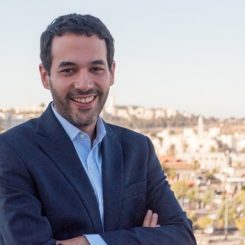 Jorge Alé-Chilet is a Lecturer (Assistant Professor) of Economics at Bar-Ilan University in Ramat Gan
(Tel Aviv), Israel. His research interests lie in the field of industrial organization with a particular focus on antitrust, regulation, and health-care. Jorge’s papers have been published in leading academic journals, such as RAND Journal of Economics and Marketing Science. He obtained his Ph.D. from the Hebrew University of Jerusalem in 2017 and was a post-doctoral fellow at The Wharton School, University of Pennsylvania. 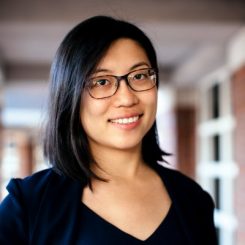 Cuicui Chen is an assistant professor of economics at SUNY Albany. She studies firm and government responses to environmental and energy issues. For example, how do we identify and reduce frictions in the now-popular market-based environmental policy such as cap-and-trade systems? How do we use machine learning methods to forecast individual countries’ long-term greenhouse gas emissions, evaluate their efforts in combating climate change, and design mechanisms to achieve an efficient international climate agreement? Cuicui has a S.M. in Technology and Policy from MIT and a Ph.D. in Public Policy from Harvard. In her spare time, she enjoys nature, music, good food, and understated design. 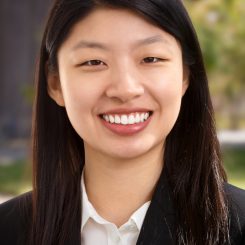 Jing Li holds the William Barton Rogers Career Development Chair of Energy Economics at the MIT Sloan School of Management. From 2017-2018, Jing Li was a Postdoctoral Associate of the MIT Energy Initiative. Jing’s research interests lie in energy economics and industrial organization, focusing on development and adoption of new technologies. Her most recent work examines compatibility and investment in electric vehicle recharging networks in the United States, and cost pass-through in the E85 retail market. Jing received her B.Sc. in Mathematics, Computer Science, and Economics from MIT in 2011, and her Ph.D. in Economics from Harvard in 2017. 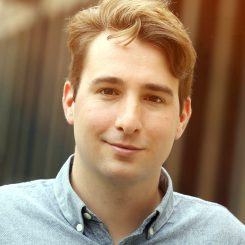 Mathias Reynaert is an Assistant Professor of Economics at the Toulouse School of Economics of the University of Toulouse Capitole. His fields of interest are empirical industrial organization and environmental economics. In several papers, he analyzes the implementation of environmental regulation in the European automobile market. His work considers strategic responses of firms and compliance problems related to weak enforcement of regulation. His work studies how these compliance problems affect the economic outcomes for consumers and the environment. He completed his Ph.D. in economics at the University of Leuven and the University of Antwerp in 2015.