Climate Change Policy: What do the Models Tell Us? 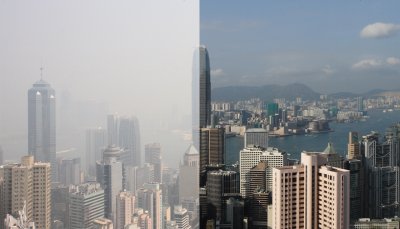 Professor Robert Pindyck has a new working paper (CEEPR-WP-2013-007) that has attracted a good share of attention since it steps into the highly charged debate on the reliability of research related to climate change. But in this case, the focus is on what we learn from one class of economic model, the so-called integrated assessment models (IAM). These models have been used to arrive at a “social cost of carbon” (SCC). For example, in 2010 a U.S. Government Interagency Working Group recommended a $21/t CO2 as the social cost of carbon to be employed by US agencies in conducting cost-benefit analyses of proposed rules and regulations. This figure was recently updated to $33/t. Professor Pindyck’s paper calls attention to the wide, wide range of uncertainty surrounding key inputs to IAM models, and to the paucity of reliable empirical data for narrowing the reasonable range of input choices. The paper then suggests profitable directions for reorienting future research and analysis.

Reflecting the highly charged nature of the U.S. political debate on climate change, Professor Pindyck’s paper has been seized on by opponents of action. In particular, certain blogs have cited his paper in support of their campaign against any action. Here is one example—link.

Interestingly, Professor Pindyck is an advocate of action on climate change, such as leveling a carbon tax. So his own view of the implications of his research are quite different than that of those who oppose any action. This post at the blog of the Natural Resources Defense Council includes more extensive comments by Professor Pindyck on the debate—link.

An alternative approach is to think about Professor Pindyck’s review as a guide for future research on the costs of climate change which is better focused to address the important uncertainties in a way that can better contribute to public discussion and analysis. CEEPR researcher Dr. John Parsons emphasizes this point in his blog post about Pindyck’s paper—link.